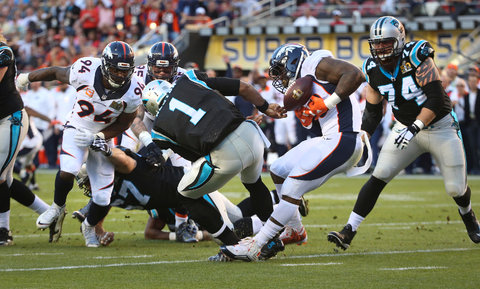 Would you rather is a game of preference which forces players to choose between two options within a topic. In today’s post, I’m focusing on plausible situations in American football from CFB to the NFL. As you read my answers to the questions, I hope you have fun thinking of which situation or option you would pick! Fashion, music and other sports WYRs are coming soon!

1. Would you rather never watch football again or see your arch enemy team annually win the college football championship for the next 10 years?

Even if I had to witness TCU win the CFB for the next decade, I would choose them over never watching football again.

2. Would you rather play for Art Briles or Bill Snyder?

I love Uncle Bill Snyder, but it would be a dream come true to play for the Great Coach Art Briles.

3. Would you rather get sacked by JJ Watt or Von Miller?

Von is smooth and quick on his feet, but JJ is a monster on the field! I would go with JJ hands down.

4. Would you rather play at quarterback for the Cleveland Browns or the Washington Redskins?

Both teams have struggled with quarterback issues over the past few years and although the Browns are known as the team QBs go to die, I would play for coach Hue Jackson any day over Redskins’ Jay Gruden.

5. Would you rather see your team lose in the final seconds of a championship game or lose every game of the season?

Losing at the end of a game is extremely heartbreaking (trust me, I still haven’t gotten over the outcome of the 2014 Cotton Bowl) but I couldn’t stand to see my team lose every game in the season.

6. Would you rather cheer for your most hated team or eat spoonfuls of wasabi?

I would gladly eat wasabi before cheering for the Patriots or TCU (or Texas, OU, Bama, Ohio State, etc…).

7. Would you rather catch a touchdown pass from Peyton Manning or Tom Brady?

Peyton Manning is a phenomenal quarterback and it would be an honor to catch a pass from him over  Tom Brady, whom I despise. This question wasn’t a hard one to answer.

8. Would you rather have your most hated coach coach your team or cheer for an enemy team that your favorite coach coaches for? (how many times can I say the word ‘coach’?)

Coaches can always be replaced (unfortunately, in some situations) so if I loved a team, I could get past their leader to see the good in the players.

9. Would you rather see Wade Phillips or Sean McDermott coach your defense?

Both coaches are defensive geniuses, but it was incredible to witness the Panthers’ rise to fame this past season opposite the offense.

10. Would you rather make a butt fumble or injure yourself while celebrating a play?

Injuries during celebration are extremely embarrassing, so I would rather suffer during a butt fumble. Okay, they’re both embarrassing. This is a bad question.