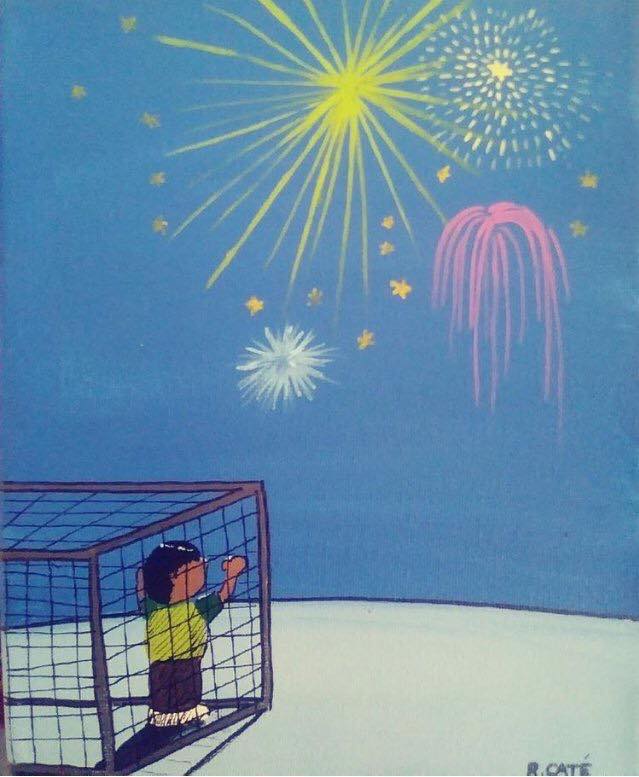 In 1852, Frederick Douglass addressed a group of New York-based abolitionists with the speech, “What to the Slave is the Fourth of July?” Douglass wrote the letter as a detailed reminder of how America consistently treated enslaved people as second-class citizens while boasting equal freedom and liberty for all, due to the Declaration of Independence establishment. While presenting his speech, Douglass said,

“But, such is not the state of the case. I say it with a sad sense of the disparity between us. I am not included within the pale of this glorious anniversary! Your high independence only reveals the immeasurable distance between us. The blessings in which you, this day, rejoice, are not enjoyed in common. — The rich inheritance of justice, liberty, prosperity and independence, bequeathed by your fathers, is shared by you, not by me. The sunlight that brought life and healing to you, has brought stripes and death to me. This Fourth [of] July is yours, not mine. You may rejoice, I must mourn.”

I’m reminded of Frederick Douglass’ remarkable journey from slavery to abolitionist/writer as I watch America prepare for its day of independence. As a mixed-race/kanaka maoli woman, I would rather listen to aunty Haunani-Kay Trask’s kūʻē speech than participate in any fourth of July activities. America has brutalized and colonized not only my Hawaiian ancestors but also my Japanese and Chinese cultures. I don’t identify as an American citizen because of the U.S.’s violent and illegal overthrow of mōʻī wahine Liliʻuokalani, which ultimately led to the near extinction of ʻōlelo Hawaiʻi and the kanaka maoli population. Japanese people were demonized following the Pearl Harbor attacks as they were forced out of their communities and into internment camps. Although most of the imprisoned Japanese were considered Japanese-Americans by naturalized citizenship, they still had to prove their allegiance to America or else prison and deportation were offered as punishment.

Enslaved people and ostracized brown immigrants have suffered immensely throughout American history. Douglass reminds the abolitionist audience of African-Americans’ lack of “life, liberty, and the pursuit of happiness” promised to all citizens in the Declaration of Independence preamble. Even to this day, black men and women are forced into legal slavery via the prison industrial complex or murdered by police brutality and state sanctioned violence. As if kidnapping and enslaving black people for centuries wasn’t enough, they continued suffering through decades of lynchings, Jim Crow, segregation, and mass incarceration. Today, one of the greatest atrocities in America is the kidnapping and separation of Hispanic immigrant children from their families. While many arrive at the U.S. border seeking refuge and asylum, the Trump administration’s Zero Tolerance policy makes their very existence a crime punishable with prison time and legal kidnapping. Brown babies currently reside in cages before being sold to white American families while Trump himself earns outrageous profits from the private prisons housing each immigrant child. ICE and other active participants in these horrific acts have also raped, assaulted, beaten, and done irreparable harm to these innocent children and their parents in the name of ‘safety’ and ‘legality’.

For these reasons, I cannot and will not celebrate America’s birthday today or any other day. Frederick Douglass questioned America’s role in the life of the slave during the 19th century, and today, I wonder the same (while including a few other oppressed ethnic groups). It may be easy for those for whom the Declaration and Constitution were written, but the rest of us are left bitterly inquiring: what is my purpose in a country that wasn’t made for me?