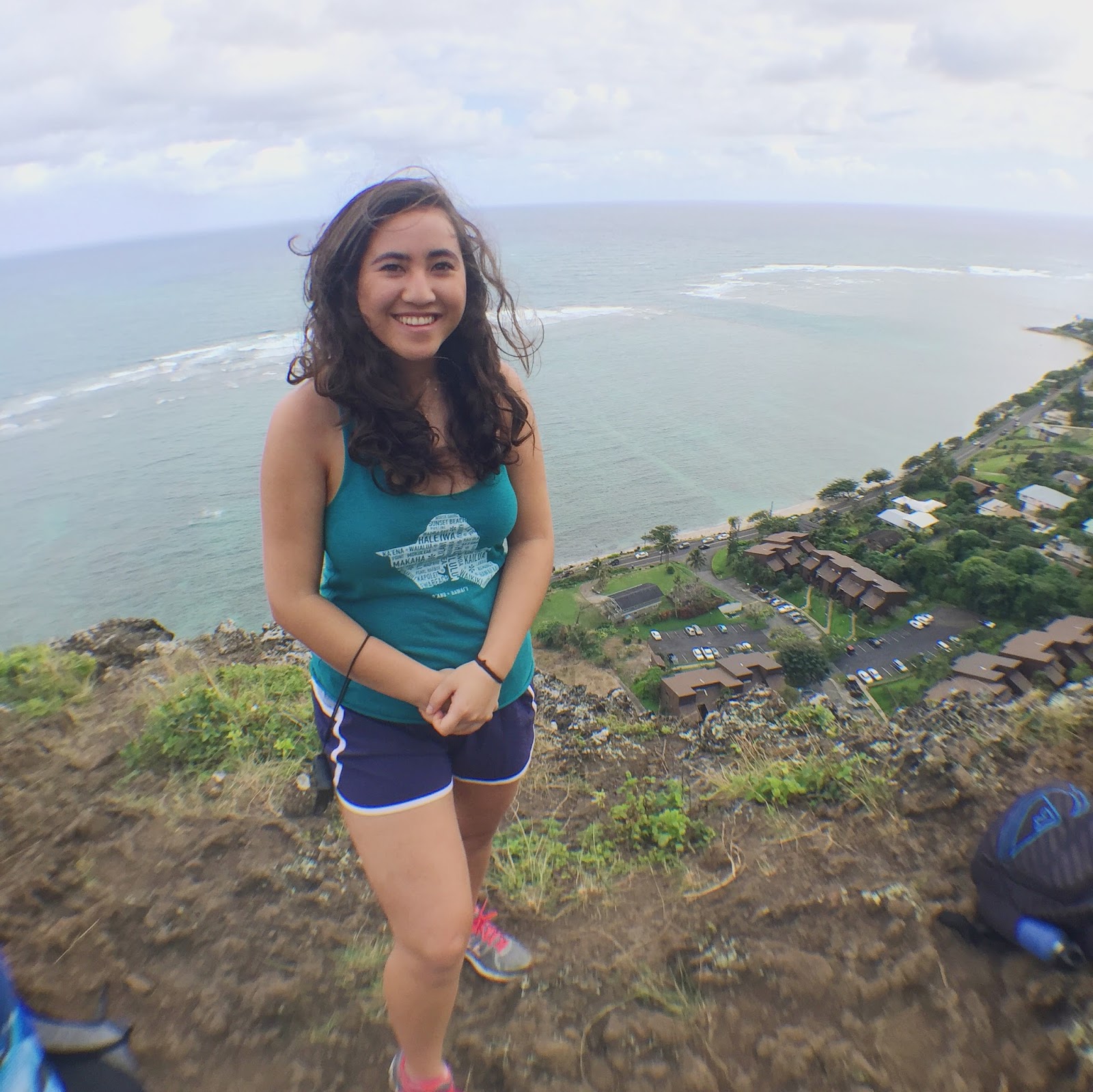 Each year holds its fair share of highs and lows and 2015 was one of the most exciting and challenging. I entered my first year of adulthood last December, graduated from high school, and started my freshman year of college. I love to recap all of the notable parts of my year and I’m so thankful that you all have continued to follow me on this journey!

School/Band
The most noteworthy part of my year was graduating from Kamehameha Schools and moving on to my first year at Baylor University. I spent nine years at Kamehameha and have grown up with my classmates and friends since I was in the fourth grade. There were some moments that I disliked at Kamehameha, but this year I truly began to feel immense gratitude toward Ke Ali‘i Pauahi and everything I experienced at the school. I met my best friends at Kamehameha, began my musical journey at the age of nine, traveled all over the world with choir and band, and grew into the person I am today. I struggled a lot with my education in high school and graduating with almost a 3.96 was one of the major highlights of 2015 for me. 2015 was also the year that I played in my last band concerts with my best friends. Band has been a huge part of my life since I was in fourth grade and the friends I’ve made in the group have become like my family. Kai‘olu and I have been friends for 10 years while staying in band together the whole time; Brandon and Parker became my closest friends during our first year in high school band; Mikayla was a freshman when I met her at my sophomore band camp and we’ve been inseparable ever since; and Mamba and Pono started hanging out with us at my last camp when they were sophomores. These people that I’ve met at Kamehameha are not only my friends, but also my family that I know I can always call, FaceTime, or text whenever I need them even if we’re 3,500 miles apart. After I graduated, I was completely against the idea of joining marching band in college because I wanted to experience school in a way that I never had before. Fortunately, my dad “forced” me to join for my freshman year to test out the waters and experience the first semester in a different way. Similar to the way my best friends in high school were from band, I’ve made some incredible friends at Baylor through the group. I honestly don’t know what I would have done if I hadn’t joined the Baylor Golden Wave band as its where all of my friends and I get to hang out on a weekly basis and where I can continue my music journey. Baylor is an incredible school and I’m so glad I chose to apply there (and only there!). Arguably my favorite part of the university is its athletics. Going to every football and basketball game is what I look forward to every week when I’m overwhelmed by essays, exams, and projects. There’s always a concert, sporting event, or party to attend during the school year so there’s more to do than just long hours of studying at the library (which I totally do, mom and dad)!

Personal
Although I’ve been waiting to go to college since I was 12, leaving home this summer was the hardest thing I’ve ever had to do. I used to take my Hawaiian/Japanese cultures and growing up in Hawai‘i for granted, but going away for school has forced me to embrace who I am and where I come from. Going to school in Texas means I’m surrounded by people whom I look nothing like and although it’s an interesting conversation starter, it can be extremely lonely sometimes. Learning to navigate through meeting new people, not knowing anyone on campus, living thousands of miles away from home, leaving my family and best friends, etc has been extremely difficult, but has also taught me to be independent and rely on myself. 2015 has also been the year that I discovered my immense passion for and dedication to the game of football. Growing up, I always thought that my dreams were based on music and fashion, but my devotion to Baylor football has grown into more than a hobby. I wrote a full post about how much I love football even though the sport has historically been more directed toward men rather than women. Even though I didn’t grow up loving football like my sister had, as soon as I saw Baylor play in 2012, I was hooked. Studying the basics and rules of the game along with player information and penalties has become a daily activity for me (sometimes instead of studying for school!). This year, I fell in love with football and everything that goes along with it. I know that I’ll always have to prove my knowledge of the game to every man I talk to and my dream may seem impossible, but in 2015, I realized that I want to coach for the Baylor football team one day. My music career is still a dream of mine, but football has maintained a steady love that I’ll never give up on.

Blog/YouTube
I started daily blogging in 2015 and have established my blogging niche as a fashion and football website. From the time I started writing on This Is Noelle in December of 2012, I posted about beauty tips and makeup products I wanted. I love(d) makeup and skincare and spent incredible amounts of money on the items, but TIN always seemed like it could become so much more than just another beauty blog. As I re-evaluated my blog’s direction in the early middle of the year, I started to change what This Is Noelle’s purpose is. Turning my blog into a mainly fashion and football blog with elements of lifestyle thrown in has been exciting and has made writing more enjoyable than it ever has been. I’ve loved fashion and styling since I was a toddler so posting about my newest outfits seems like a no brainer! As football has become a major part of my life, I started to write more detailed posts about games and the CFP. I wrote 356 posts in 2015 and although I missed a few days due to college transitioning/blogging burnout, I believe that This Is Noelle’s third year online has been a success! This year, I implemented videos and daily vlogs on my YouTube channel and blog itself to add a dynamic layer to TIN. I received a Canon S120 for a graduation present and have vlogged all of my family’s trip to the East Coast for my sister’s graduation along with summer memories and experiences at Baylor. Vlogging can be scary and uncomfortable at first, but filming events in my life has been extremely rewarding because I’m capturing on film memories that could have been lost or forgotten. In 2016 I’m hoping to continue blogging on a daily basis and I want to incorporate more videos and vlogs from my time at Baylor!