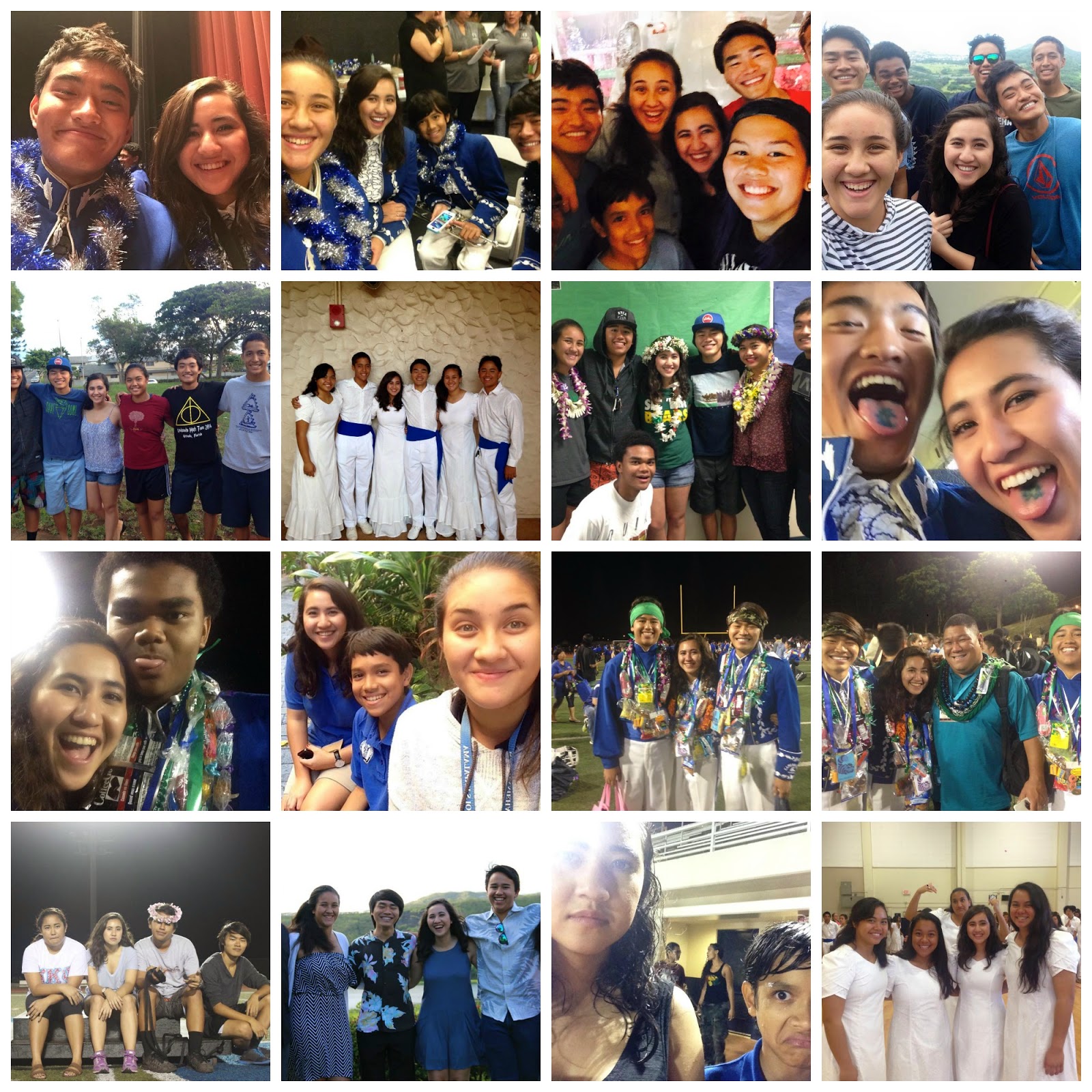 I honestly can’t believe that 2014 is over as it feels like just yesterday I was marching in the Rose Bowl Parade! 2014 was filled with major highs and lows and I decided to do a wrap up of the experiences and lessons I’ve gone through and learned throughout the year.

School/Band
Arguably the biggest part of my life revolves around my education and 2014 was definitely filled with some challenges. I’ve learned how to deal with difficult teachers and authority figures that I don’t agree with. Over the past few semesters, I’ve worked extremely hard on my tests, projects, and homework in order to maintain a 3.89 GPA (the highest I’ve ever gotten) and I’m really proud of the work ethic I’ve developed. In January, I went with the Hawaii All State Marching Band to Pasadena in order to perform at the Rose Bowl Parade and at Disneyland. In band, I went from second chair to first and became the sole section leader of the Alto Saxophones! When I first started high school band, I could barely play a twelfth note run and now I can memorize class 5 songs without batting an eyelash and have mastered the art of marching and playing. During marching season, we won first place in General Effect and Overall Sweepstakes and earned a rating of Superior! My leadership skills have improved in the way that I have become more confident and strong in how I hold myself. I’ve tried to teach my section that there’s a time to work and a time to play. I also taught myself how to play the Oboe in one week so that I could play the solos in Frozen for our Christmas concert. Although it was frustrating and hard to learn, I thoroughly enjoy the Oboe and really want to continue playing it in the future! I’m still not sure if I’ll do band in college, but there’s always time to determine that later.

Personal
This year has been incredibly eye opening in my personal life. I’ve made new friends and have established a handful of people with whom I’ve become extremely close. We have made new memories together on trips and tournaments and I know that I’ll be friends with these people for the rest of my life! I’ve learned how to be more assertive and confident in who I am and what I want. For the past few years, I was a sort of soft-spoken, compliant person and this year, I decided to be more bold and brave. I’ve taken chances in school (asking for help, being more creative in school work and projects), music (teaching myself how to play the Oboe, playing multiple solos in front of an audience), and with my friends (becoming friends with new people, opening myself up to others). It’s liberating to know that I can be myself around everyone and not have to worry about what others think of me. I have maintained an extremely close relationship with my family and decided that I will be lost without them when I go to Baylor. Speaking of Baylor, I got in to my first choice university for next year if you didn’t know that already. Over the past few years, I have completely fallen in love with the school and everything about it. I’m especially a fan of Baylor’s football team (especially Levi Norwood, Bryce Petty, Devin Chafin, Bryce Hager, Shock Linwood, Corey Coleman, Spencer Drango, Chris Callahan, Shawn Oakman, Silas Nacita, Laquan McGowan, Ryan Reid, Taylor Young, Terrell Burt, KD Cannon, Spencer Roth, Andrew Billings, Beau Blackshear, Johnny Jefferson, Collin Brence, Antwan Goodley, Jay Lee, and Patrick Levels). College football has become a passion of mine (I know, that’s crazy) and I would love to get a job at ESPN or another sports network and become an announcer or reporter! I’ve gone on four trips this year including California, San Francisco, and two trips to Texas. I love traveling with my family and friends and it has been a great time flying around the USA.

Blog/YouTube
2014 was the first year that I consistently updated my blog and posted on a daily basis. I expanded my strictly beauty posts and started to blog about fashion and lifestyle in TIN form. I wrote every day about my newest makeup finds, nail polish loves, playlists, outfit posts, and the odd lifestyle bits of my day to day existence. Although I took a major break during the month of November, I participated in Blogmas and have gotten back on track with my daily posts! I’m going to try to keep the writings to 5-6 average posts a week so I don’t creatively burn out again and keep quality over quantity. Another major factor of 2014 was my YouTube channel that I began to work on in the end of the year. I really enjoy watching beauty videos on the network and I decided to dip my toes into the vlogging world. I purchased a brand new camera tripod and studio lights to add brightness for the videos, but I’ve slowly stopped filming for a handful of reasons. YouTube is such a competitive place and although I love making tutorials, the quality is never up to my standard and I feel like new lenses and video editing software cost too much money for me right now. Hopefully I’ll be able to create new videos in the future but it’s just not my favorite thing to do right now.

Nearly 1,000 words later and this recap essay is complete. 2014 has been a phenomenal year and although it’s had its rough patches, these 365 days have been life changing. Here’s to a new year full of high school memories, graduation, trips, college experiences, makeup finds, designer sales, music discoveries, and football!