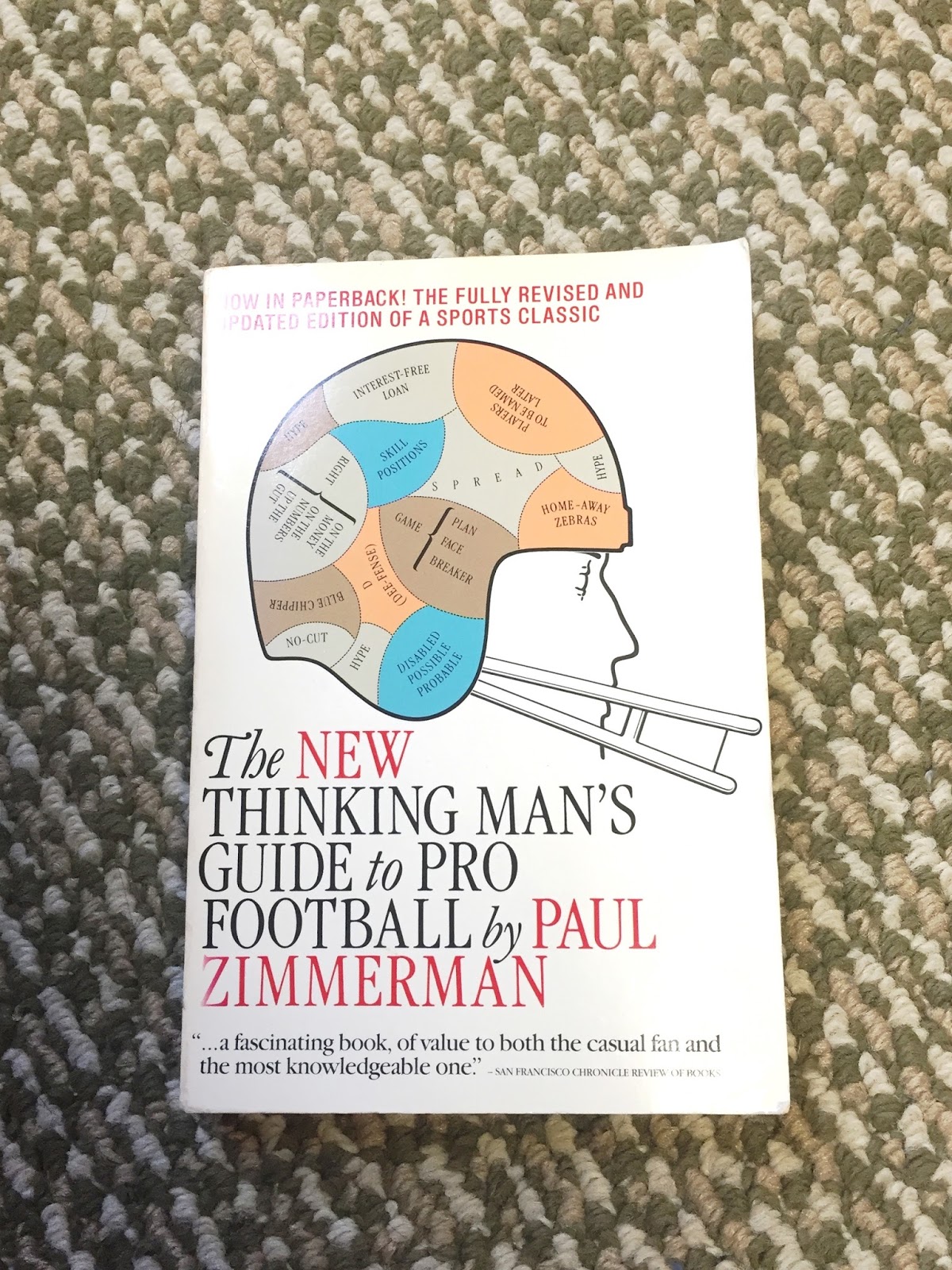 While doing my research into everything football, I discovered a few interesting books and blogs which thoroughly explained the details of the game. One of the books that I really wanted to purchase  is The New Thinking Man’s Guide to Pro Football written by pro-football expert Paul Zimmerman in 1987. This book is by no means modern or up to date, but is filled with beautiful tidbits and historical anecdotes about football from the past. Zimmerman describes the greats in detail: Vince Lombardi’s Packers rise to fame in the 60s; the Giants-Colts NFL Championship game in 1958; the Washington Redskins’s Sucker Boot. By recalling history and reflecting on how the greatest game in the world became an American classic, Zimmerman connects the past to the future. I know that this book was written in the 80s and that football has changed immensely since Zimmerman put pen to paper, but by visually devouring each minor detail and description, I feel like I’m one step closer to achieving my own football dreams.