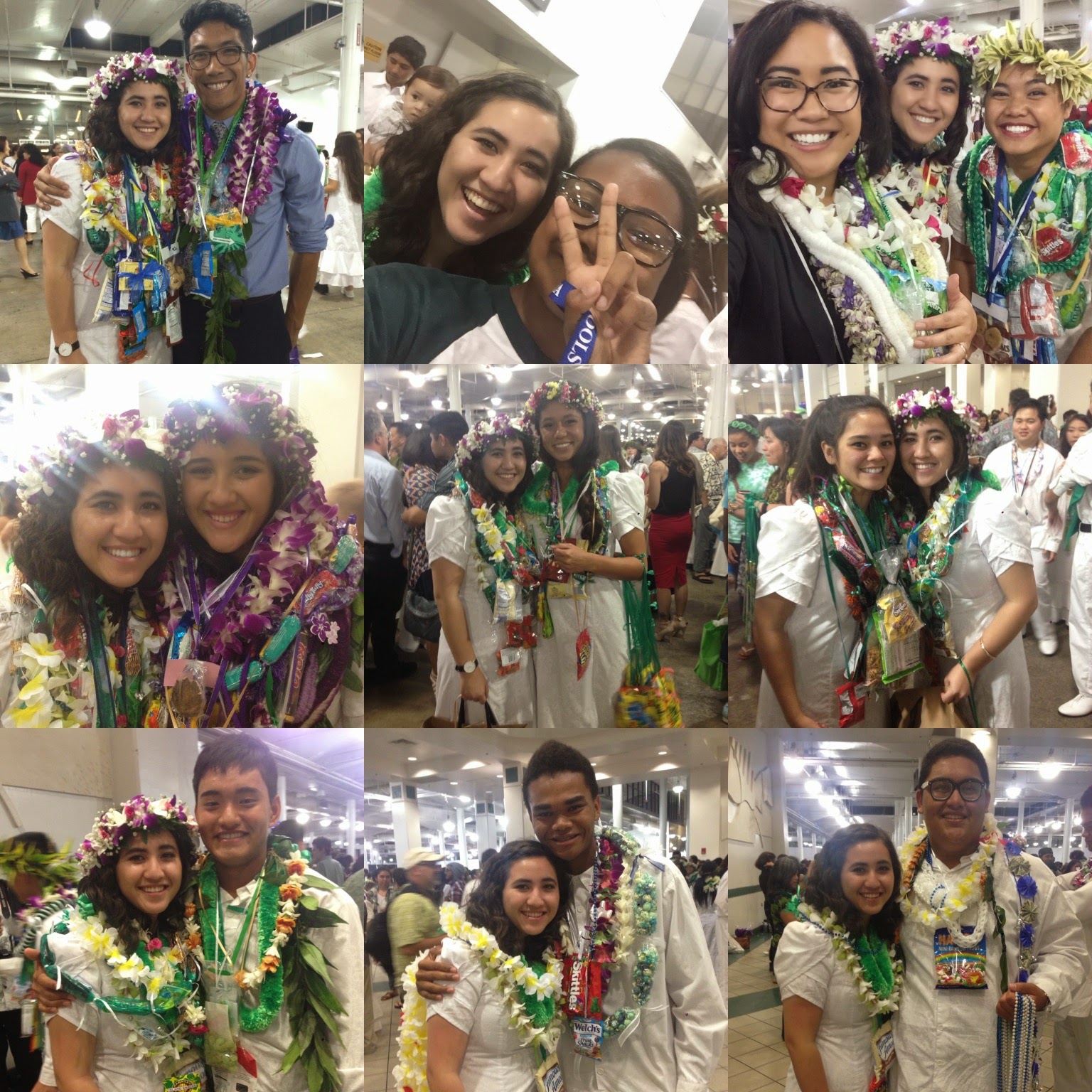 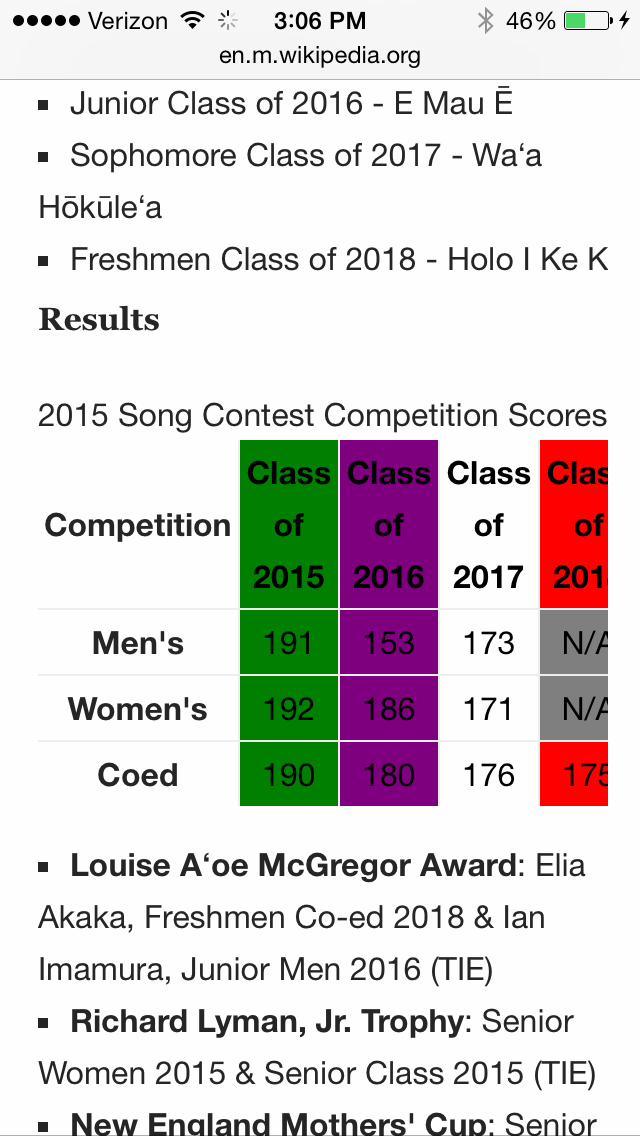 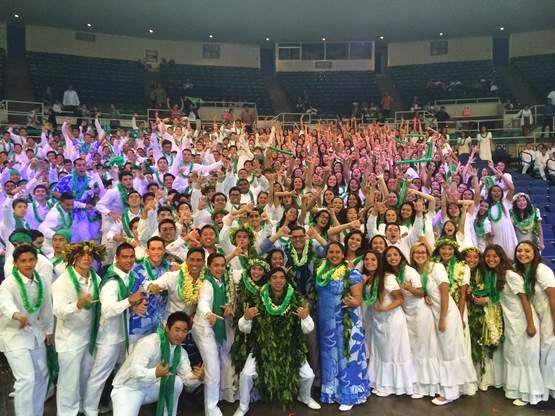 Last night was my fourth and final Kamehameha School’s Song Contest. I’ve gone to eight as my sister also graduated from the school so my last one felt like a long time coming. If you’re not aware of what Song Contest is, it’s a culminating event where each class in the high school sings one or three songs and competes against the other three classes. The freshmen always sing one co-ed song and the sophomores, juniors, and seniors sing three songs (women, men, and co-ed). The contest is extremely competitive and we work on our songs for nearly three months before the big night.

Fortunately, my class “swept” by winning all of the class awards and tied with the class of 2011 and 2014 for most awards won in one competition.