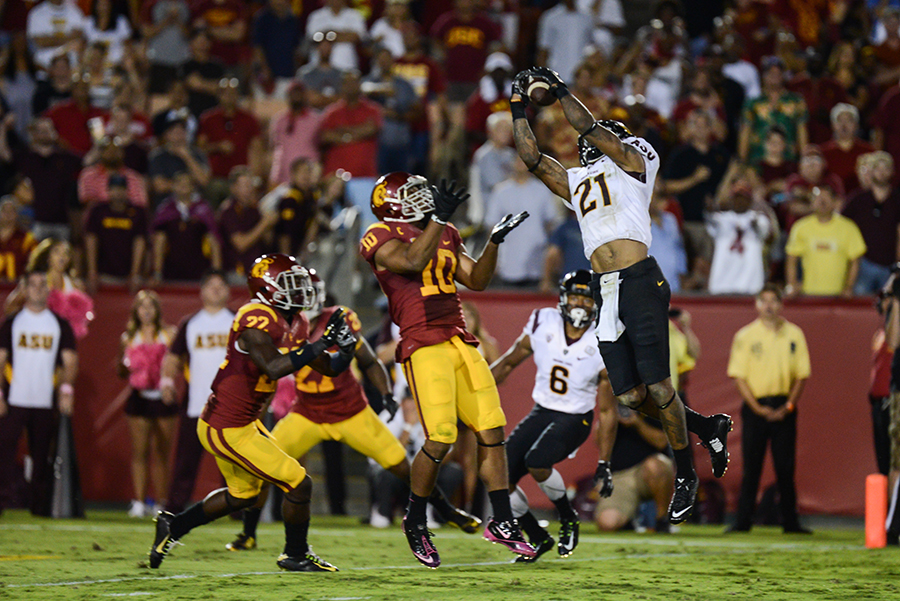 My favorite types of football games end with a hail mary (unless the losing team is Baylor) and one that I’ll never forget was the 2014 showdown between Arizona State University and University of Southern California. It was Saturday October 4, 2014 when Mike Bercovici led the Sun Devils to a 38-34 victory over the Trojans on USC’s home turf. ASU’s win over No. 16 USC was their first victory at the Coliseum since 1999. QB Bercovici finished the night with a 510-yard five TD performance, including the hail mary that shocked the CFB world. With 23 seconds left ASU got the ball back on their own 28 yard line. Bercovici launched the ball 46-yards downfield where it landed in wide receiver Jaelen Strong’s hands.