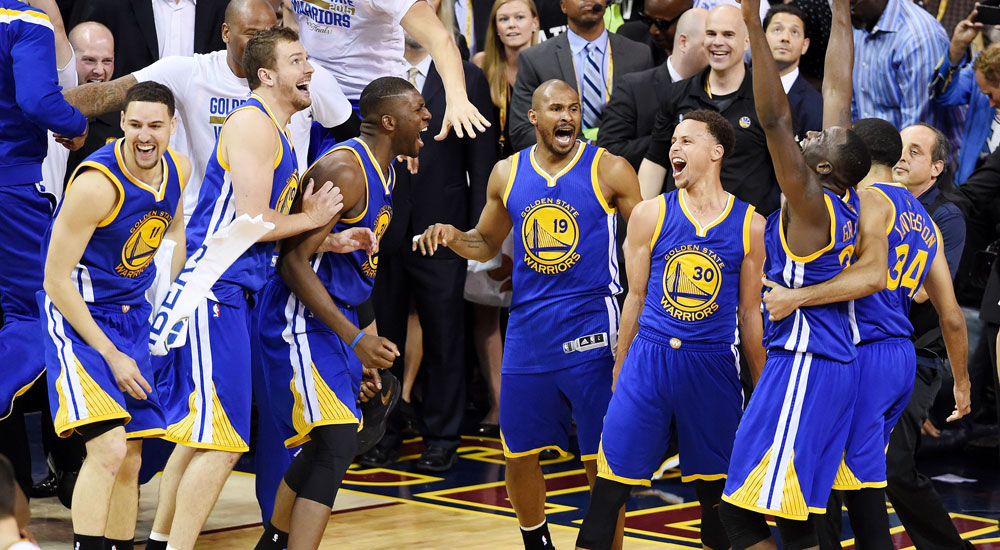 For as long as I can remember, the members of my family have been watching professional football and cheering for the players as if they were our close friends. Interestingly enough, where my dad would tune in to UNC or Baylor basketball games, he quickly tuned out of the NBA. Even though we could routinely root for those on the college level of basketball, the pros sort of fell short in our household. The two NBA teams I knew about growing up were the San Antonio Spurs and the Golden State Warriors. A family friend works for the former while two of my cousins from California have always been Warriors fans. It wasn’t until I started getting in to sports that I wanted to know why the Warriors were such a huge deal to my cousins. They had followed the team through its highs (which were few until late) and lows. We discussed their losses and best games until I was a fan of the team myself. I know, I know, most people would call me a bandwagon-er and that’s fine. The Warriors haven’t been a consistent threat in the league for a while until the rise of the “Splash Brothers” era. Most long-term basketball fans know much more about the team than I do, but it’s clear to me that the team were rocky at best for a long time.

If you research the Warriors online, you’ll definitely come across some very angry basketball fans who despise anything related to Steph Curry (GSW point guard) or the team in general.

The team’s sudden rise to the top began with a combination of the Splash brothers aka shooting guard Klay Thompson and point guard Steph Curry, triple-double phenom power forward Draymond Green and the team’s unrivaled closeness. Whereas each individual player isn’t necessarily a star, he becomes one in combination with the other members of the team. Steph Curry was good at Davidson College but he truly became a star after working through consistent injuries and by working on his shooting capabilities. United with Thompson, Green, center Andrew Bogut, and small forward Harrison Barnes, Curry can achieve maximum points on the court.

After winning the NBA title last season, the Warriors have started out with an even better record this year. They started off setting a record of 24 consecutive wins and have kept winning throughout the past 80 or so games. After beating the Spurs on Sunday night, the Warriors tied the 1995-96 Bulls for for the most wins in a single season. If they beat the Memphis Grizzlies on Wednesday night, the Warriors will have set the new record for most wins and will hopefully win another title at the end of the season.