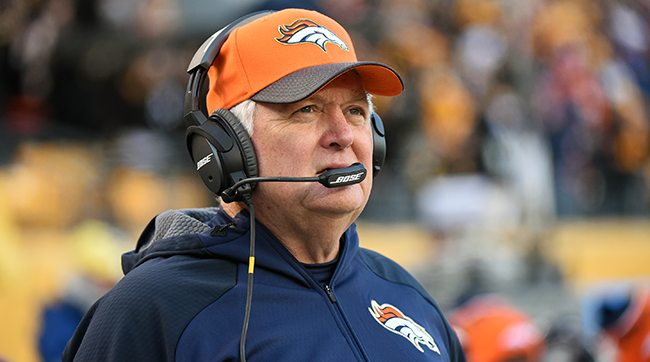 Broncos defensive coordinator Wade Phillips is a tried and true football coach whose simple playcalling has earned him a spot amongst the greatest coaches in the professional league. Phillips’ coaching career hasn’t lacked drama or slip ups (aka his head coaching stint with the Cowboys, Broncos, Bills, etc.), but he’s used his experiences to create a powerful and dominating Denver defense.

Phillips completed his collegiate career at the University of Houston where he was a three-year starter at linebacker. From 1966, Phillips held the school record for career tackles (228) before moving on to coaching as a graduate assistant at his alma mater. After his stint as a GA, he coached on both the college level and in the pro league with teams ranging from Oklahoma State to the Houston Oilers and finally with the Denver Broncos. Phillips had many tries at head coach, but he never found success holding the reigns. He referred to himself as a “softy” and a “jolly grandpa” rather than a confident and aggressive head coach. It wasn’t until he landed the Denver defensive coordinator gig in 2015 that Phillips’ football genius truly unraveled. He didn’t call extraordinary plays throughout the season, but rather simple tricks using his best men. Linebackers Von Miller and DeMarcus Ware exploded on the field under Phillips’ guide and the Broncos regained the respect of football fans all across the world. Phillips will never be known as one of the greatest head coaches in NFL history but his defensive strategies will hold him to the highest standard in the league.