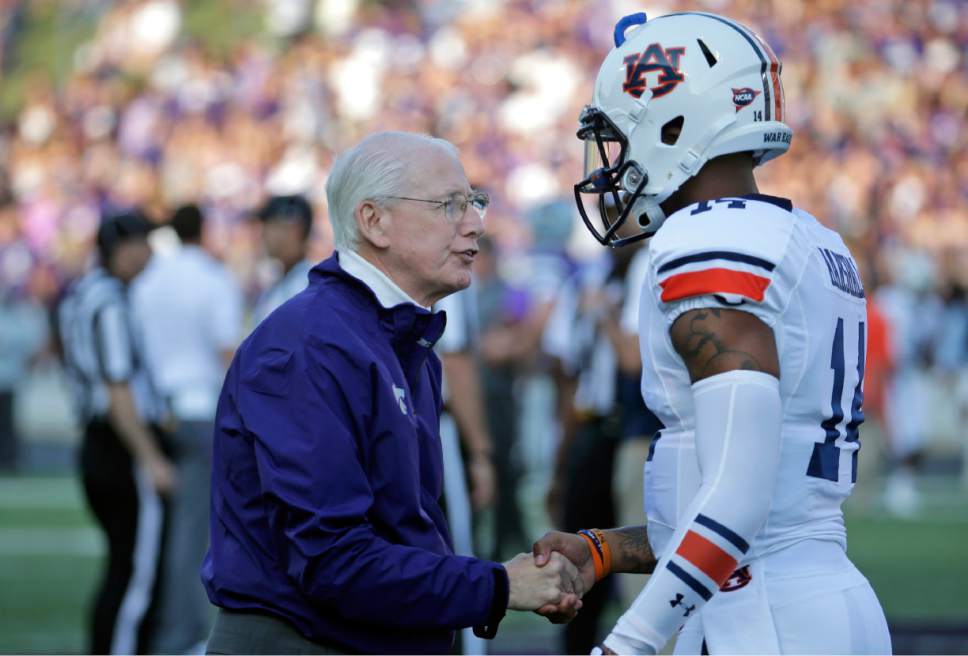 There are many people on my list of heroes and Kansas State football head coach Bill Snyder reigns near the top. Although I’ve been exclusively loyal to Baylor athletics, there is a place in my heart for the Wildcats because of their incredible coach. Bill Snyder has spent 77 years on earth and over half of them were on the football field. A former defensive back for William Jewel College, Snyder has been contributing to CFB since 1960. He began coaching at California’s Indio High School in 1964 and held positions at Santa Ana Foothill High School, University of Southern California, North Texas State and the University of Iowa where he improved every team during rebuilding years. After ten successful years at Iowa, Snyder accepted the head coach position at Kansas State, where he currently remains.

Before Snyder’s arrival in Manhattan, the Wildcats were a sight for sore eyes. Although his first season in 1989 ended with a 1-10 record, the players and fans felt a fresh potential in their team under his leadership. Snyder instilled a sense of camaraderie and enthusiasm in a former losing team. In just nine years, Snyder’s team was ranked No. 1 in the nation and finally had a dominating presence in the CFB world. In his career, Snyder has produced 55 different All-Americans, many of who have been successful in the NFL. At Kansas State, his team has advanced to 11-straight bowl games and has recorded six 11-win seasons over seven years. He has won more coaching awards than he can count and the Hall of Famer is still going strong as the oldest coach in the league.

Not only is Snyder a remarkable coach, but also a phenomenal person. He has become famous over the handwritten letters he sends to fans, opposing players and Kansas State faculty. His sportsmanship is unrivaled (pun not intended) and the respect he shows to everyone around him is inspiring. As I discovered my desire to coach, I’ve looked to coach Snyder as an example of handwork, passion and real kindness. He truly is one of the greatest coaches in the history of the game.