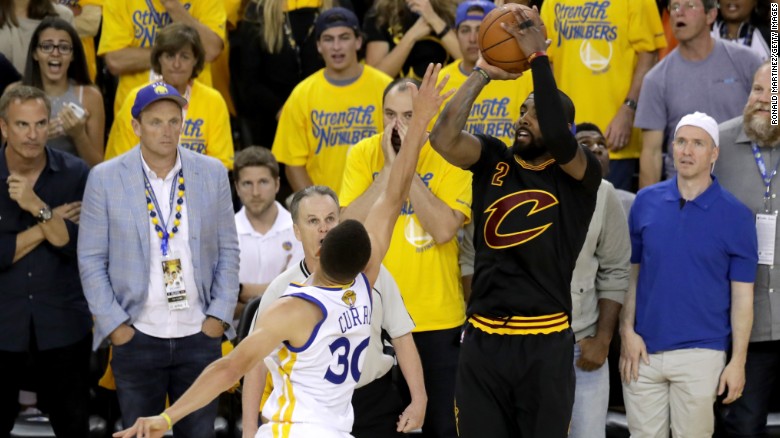 After seven games, the Cleveland Cavaliers clinched the 2016 NBA Championship title, outscoring the Golden State Warriors 93-89. Before Sunday’s game, the Cavs were down 3-1 with the odds stacked against them. GSW’s “Splash Brothers” Steph Curry and Klay Thompson were off their game the entire night; missing shots left and right. Cleveland’s LeBron James was named the Finals MVP with 27 points, 11 rebounds and 11 assists in the final game. James’ teammate Kyrie Irving also played a phenomenal game, recording 26 points, 6 rebounds and one assist. The Cavs made history after coming back from a 3-1 deficit to win the final championship game at Oracle Arena. Although Cleveland reaped the benefits of bogus officiating in game 7, James and Irving played the game of their lives while Curry and co. just couldn’t compete. Congratulations to the 2016 NBA Champions!