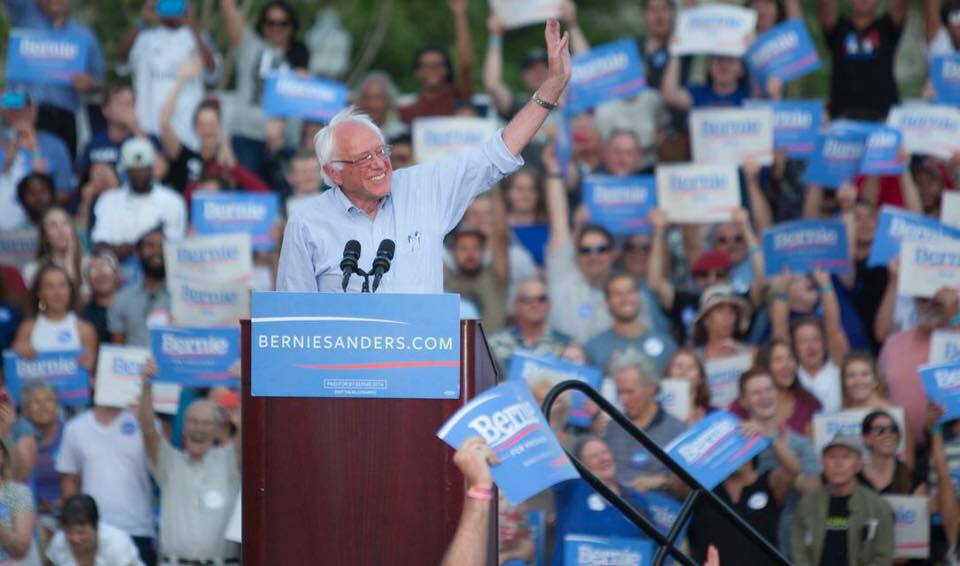 I don’t usually mention politics on This Is Noelle, but today’s post is a topic about which I feel extremely passionate. I never understood or enjoyed politics even as my classmates gushed over the fact that a local man might win the presidential election. The reason behind my opposition was because I didn’t know what I truly believed in. I was a middle class kid raised by two loving parents, so powerful social issues never affected me on a personal level. It wasn’t until I learned about senator Bernie Sanders did I discover and grasp onto my own beliefs. I first heard about the Vermont senator- a 70-something political figure who looked like a modern Dumbledore and sounded like characters on “The Sopranos”- while browsing the Tumblr interwebs (I know, not the most accurate place to learn about politics) early last year. He believed in social and financial equality for despite gender, religion, sexual orientation, disability and race; a woman’s right to choose; reforming Wall St; free public college tuition; getting big money out of politics; combating climate change; raising minimum wage; peace over war; and recognition of both native Americans and native Hawaiians. After researching these issues, I grew passionate about supporting the senator in his fight. Throughout 30 years of political leadership, Bernie Sanders has never wavered on any issue. He has consistently fought for the people from the beginning, even when his stances weren’t popular. He was arrested during his time as a civil rights activist (for which he’s continued to work today) and was shunned after advocating marriage equality. I’ve never known anyone as dedicated to and passionate about progressive issues as Mr. Sanders (or as I lovingly call him- uncle Bernie). It’s hard to stand up to the majority when you’re standing alone, but Bernie has been doing that from the beginning. His fight to bring progressive leadership to the White House has always been about the people and for the people. After a long and unwavering journey, Bernie was unable to secure the Democratic presidential nomination. He was cheated, mocked, underestimated and misunderstood throughout the entire campaign trail, but he never backed down. Today, Hillary Clinton became the Democratic nominee. The news broke my heart for the millions of suppressed voters, the Sanders staff, the misinformed American public and especially for Jane and Bernie. This once-in-a-lifetime candidate will remain forever in my heart as I look toward one day becoming a progressive political leader. Even though I initially didn’t understand the difference between conservatives and liberals, independents and the Green Party, I am now more informed than ever before. Mr. Sanders taught me how to think for myself, how to stand up to my greatest giants and to fight for what I believe in, even if the world is against me. Thank you Bernie for fighting for my rights, for fighting for equality and the hope that one day love and acceptance with prevail over hate. Thank you for dedicating your life to the betterment of this nation. Thank you for everything.