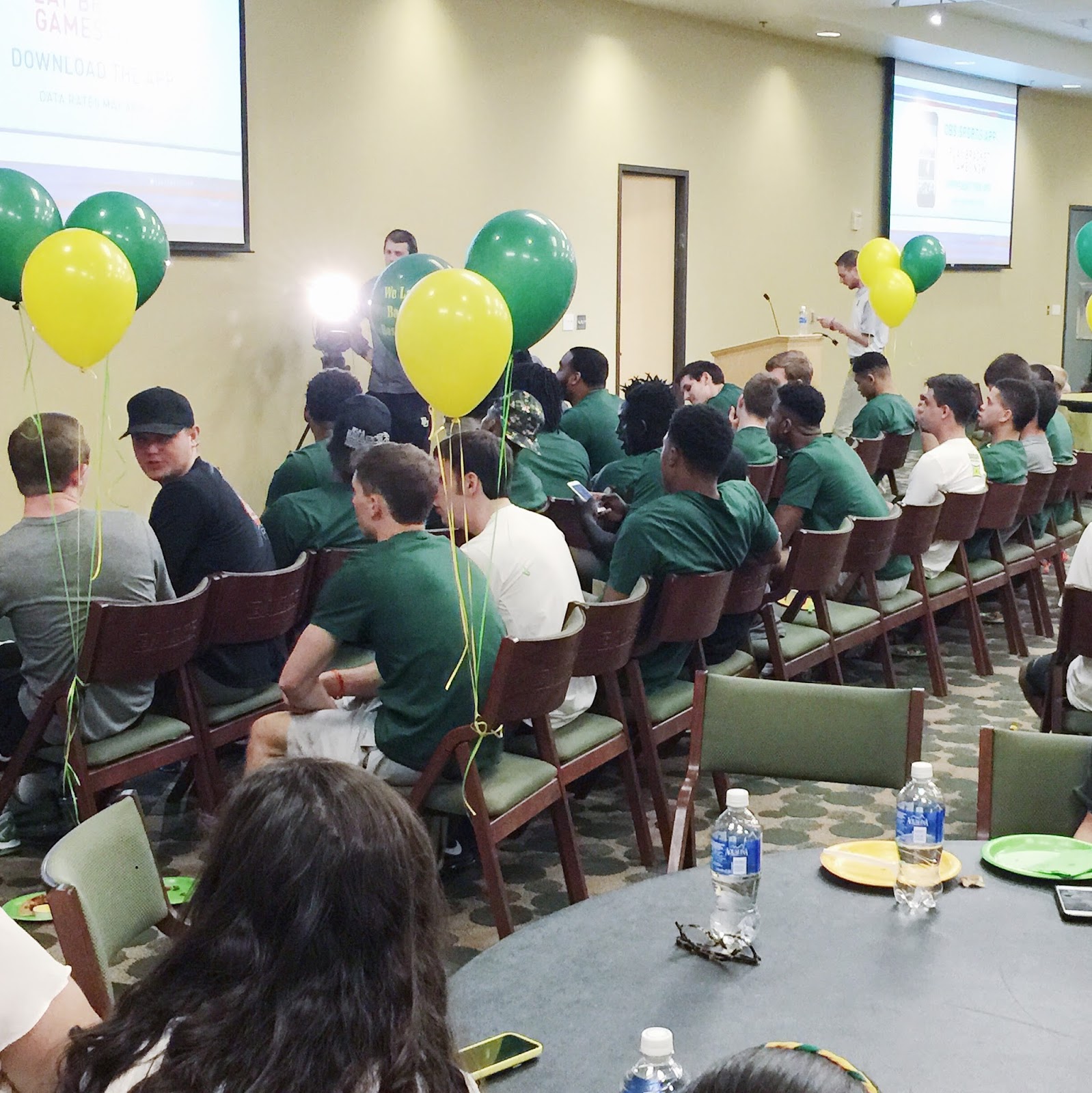 The NCAA tournament is finally upon us and today is arguably one of the most exciting days in the basketball post season. Selection Sunday is when the NCAA committee reveals the 68 college basketball teams that will be participating in the tournament. The tournament is divided into four regions: West, South, Midwest, and East. My family and I were lucky enough to attend the SS watch party for the basketball team along with all of the players, coaches, and their families. It was so exciting to watch the team’s reactions as their seed was announced! The Baylor men’s team has been selected as a #5 seed in the West region and will be playing #12 Yale on March 17 at the Dunkin Donuts Center in Providence, Rhode Island. If the Bears win the first matchup, they can go on to compete against either #4 Duke or #13 UNC Wilmington.