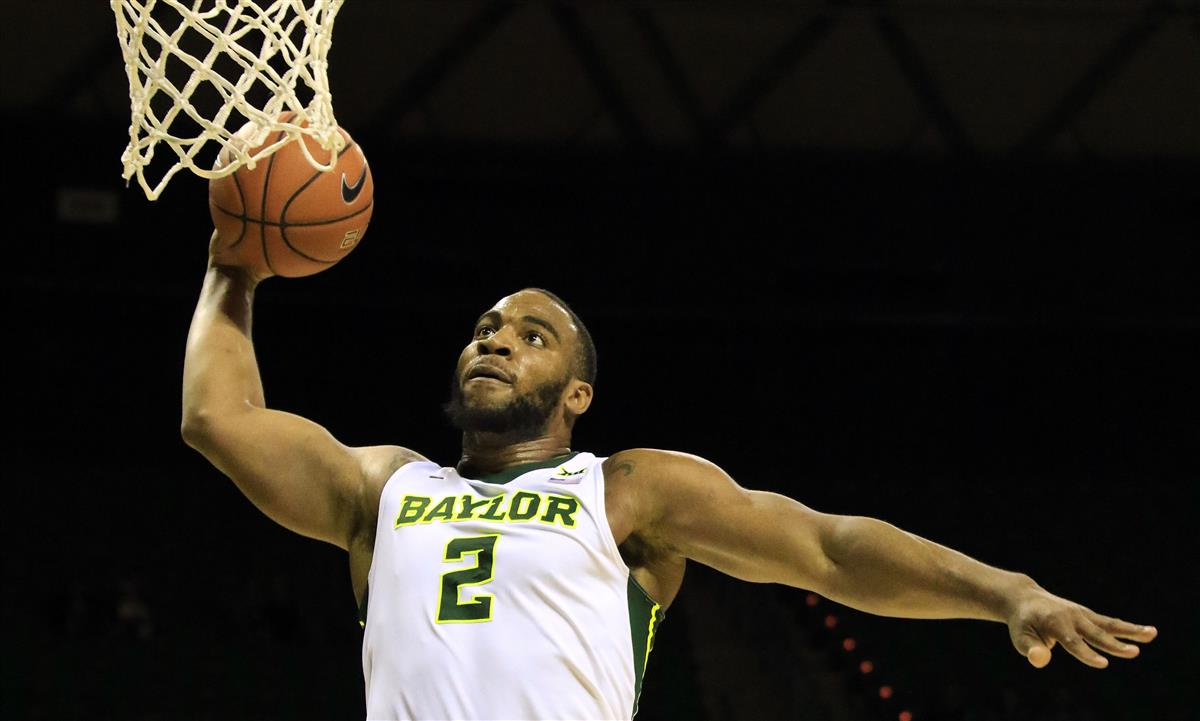 Senior power forward Rico Gathers has easily become the face of Baylor Basketball over his past four years on the team. The monstrous player on the court has commanded national attention for not only his incredible rebounding skills but also his fiery passion for the game. He has always garnered attention because of the fact that his 6’8″, 275 pound frame is more common on the field rather than the court, but he’s pushed away the idea of switching to football throughout his entire college career. Not anymore. Rico recently announced that he will be focusing on transitioning to TE to hopefully play in the NFL after he graduates. He acknowledges pro football players Tony Gonzalez, Antonio Gates, and Jimmy Graham who all played NCAA basketball and switched to football after school. Rico said that that he’s already garnered interest from multiple NFL teams so he’s hoping to arrange a private workout for coaches or scouts after March Madness is over. His optimal size and strength would make him an interesting fit for TE now that his final basketball season is winding down. Here’s hoping that we’ll see more of Gathers in the NFL!