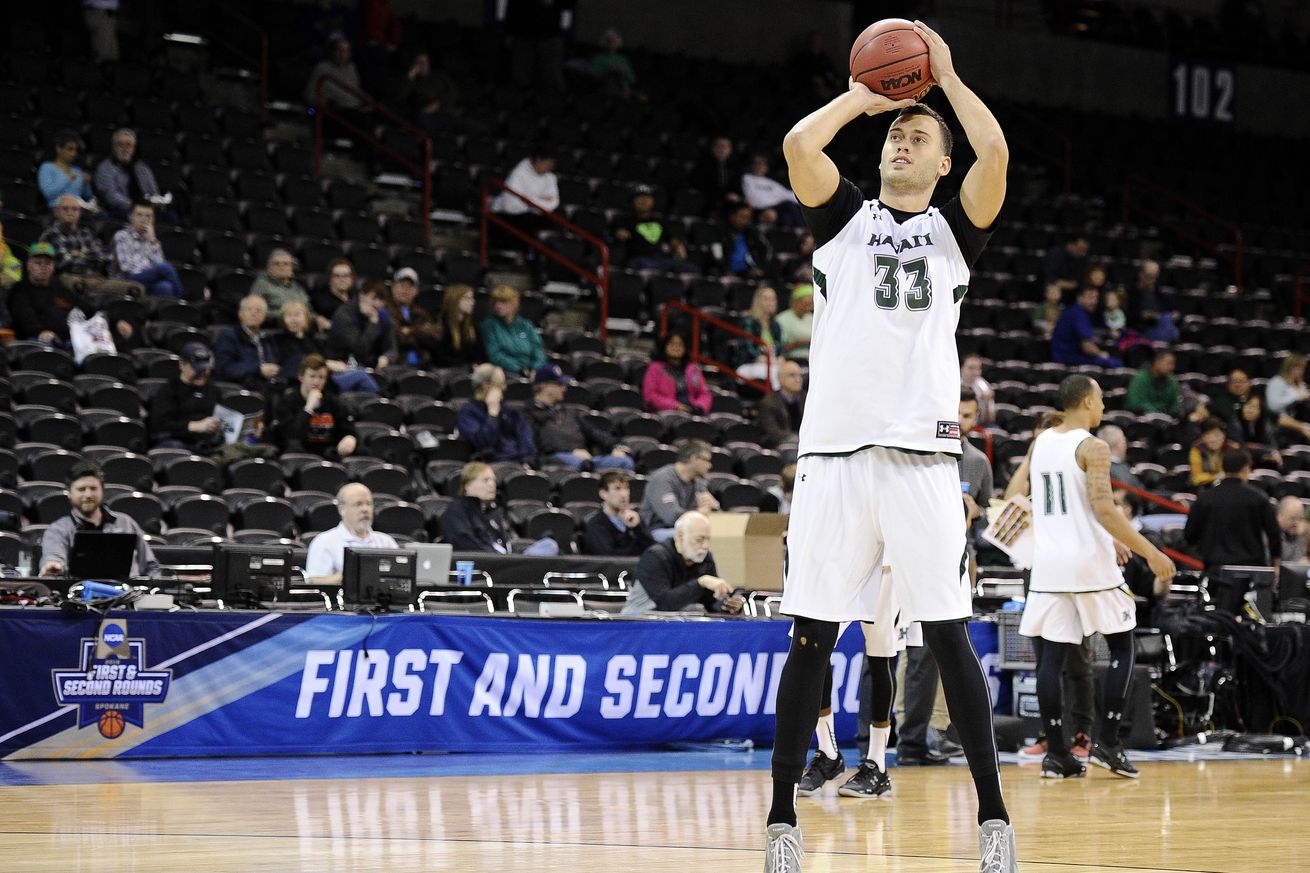 The University of Hawaiʻi men’s basketball team’s Cinderella story came up short against the Maryland Terrapins this evening. The #13 Rainbow Warriors under the direction of first year coach Eran Ganot had an exciting run in their first NCAA tournament run. Unfortunately, the Warriors came up short against the #5 Terrapins and after around 30 minutes of neck-and-neck competition, Maryland maintained a strong lead that would win them the game. The final score was 73-60 after the  Terrapins shot 6 of 9 from the floor and 17 of 17 FTs at the 32 minute mark. Their 18-2 run at the midpoint mark was too much for UH to compete with and the Sweet 16 bid ultimately went to the mainland team. Thank you for a remarkable season, Warriors!