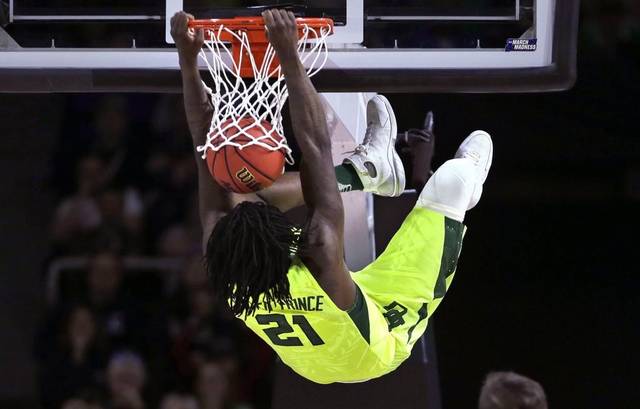 The #5 Baylor Bears in the West region were handed a 75-79 loss by the #12 Yale Bulldogs. For the second year in a row, the Bears have been upset by a lower seeded team in the first round of the NCAA tournament, which made this loss even more heartbreaking. The Bears struggled throughout the entire game to find an effective defensive scheme and an outstanding performance by Yale G Makai Mason gave Baylor immense trouble. Mason scored 31 points and the Bulldogs out-rebounded the Bears all night. Last minute efforts from Baylor F Taurean Prince and G Ish Wainwright wasn’t enough for the team to come back from a game-long deficit. Unfortunately, the combination of horrible foul calls to Yale’s benefit throughout the game and the Bears’ lack of consistency led to a disappointing night of basketball for Baylor fans. The Bears had a great season and although we’ll be losing Prince, Rico Gathers, Lester Medford, Austin Mills, and John Heard to graduation, the future of Baylor basketball looks bright (almost as bright as the uniforms!).