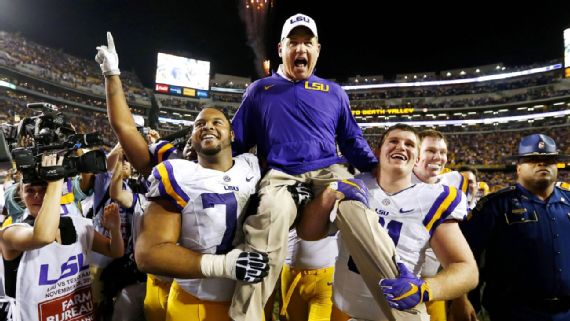 Head football coach Les Miles has officially been relieved of his duties after four games in LSU’s 2016 season. The school’s second-winningest coach was fired after a 2-2 start despite his 114-34 record over 11 years. The news was released the day after the Tigers lost to Auburn on the road. Miles created a legacy at LSU from his first year as head coach, leading the team to an 11-2 season in 2005. Two years later, he led the team to SEC and BCS championships. In 2011, Miles and co. rediscovered their groove by winning the SEC title and going undefeated in the regular season as Miles himself was named the AP National Coach of the Year. Miles is also known for his philanthropic work during hurricanes Katrina and Rita. While the state of Louisiana was ambushed by natural disasters, Miles had to find a way to help his state through the game he loved. LSU football became a sort of medicine for those affected by the storms- giving residents a distraction from all of the destruction. Last season, Miles was almost pushed out after a three-game losing streak, but was saved after LSU beat Texas A&M in the last game of the season. While it’s unknown what Miles’ next move will be, I’m positive he won’t stay unemployed for long.