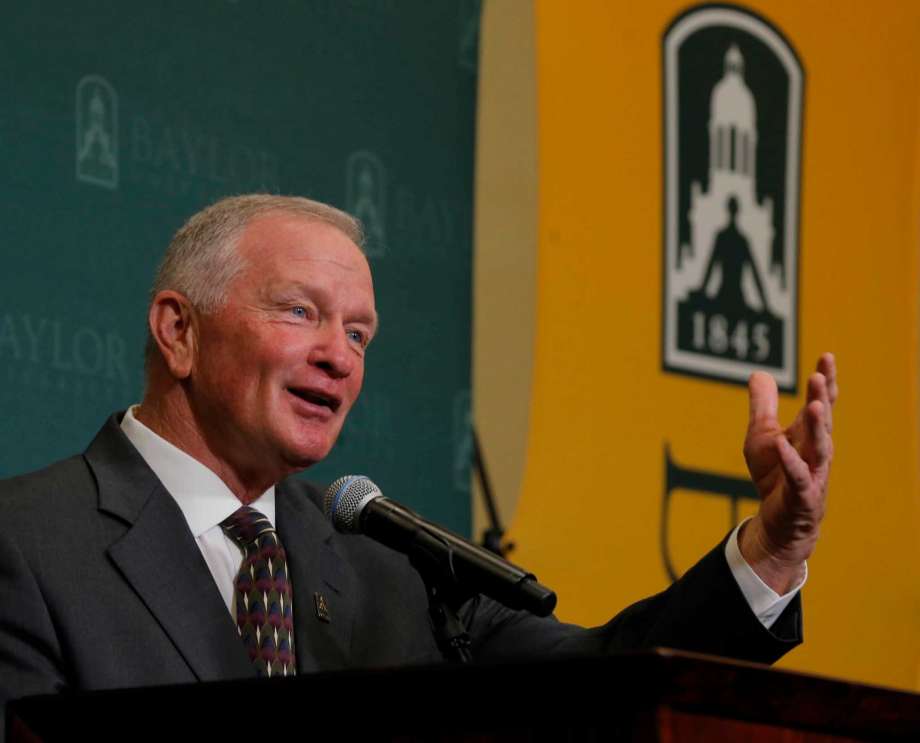 When Baylor announced the firing of my beloved Coach Art Briles, I was utterly devastated- the kind of sadness where my body glued itself to my couch and the only antidote for my pain was chocolate haupia pie. Just a head’s up, I’m still not over it. But despite the CAB’s departure, I’ve found a smidge (is smidge a word? I don’t think so but let’s roll with it) of peace in the introduction of interim head coach Jim Grobe. Grab was the former head coach at Wake Forest, led the Demon Deacons to five bowl appearances, won the 2006 ACC championship, named the 2006 AP Coach of the Year, and earned respect from coaches, announcers and football experts throughout his career. Grobe is known for being a stand up guy, one who doesn’t roll with the punches but regards moral character as more important than simply winning. Although I believe Coach Briles is of highest dignity, others will argue that Grobe is the better man to keep our players in line. In his introductory press conference, Grobe announced that he doesn’t plan on changing any offensive or defensive schemes, he will keep the coaching staff as is, he plans on motivating current players while also keeping them in check, he will meet with all recruits and signees to discuss the NLI’s and his future with the university, and he loves Coach Kaz. He loves Coach Kaz almost as much as I do! Although no one could ever replace Coach Briles in my book or in my heart, I’m pleasantly surprised to discover how passionate and excited Grobe is about the job. Just as I will survive through this heartbreaking and trying time, I believe that Coach Grobe will help our players and the university to do the same. Here’s to new beginnings without ever forgetting who we’ve left behind.