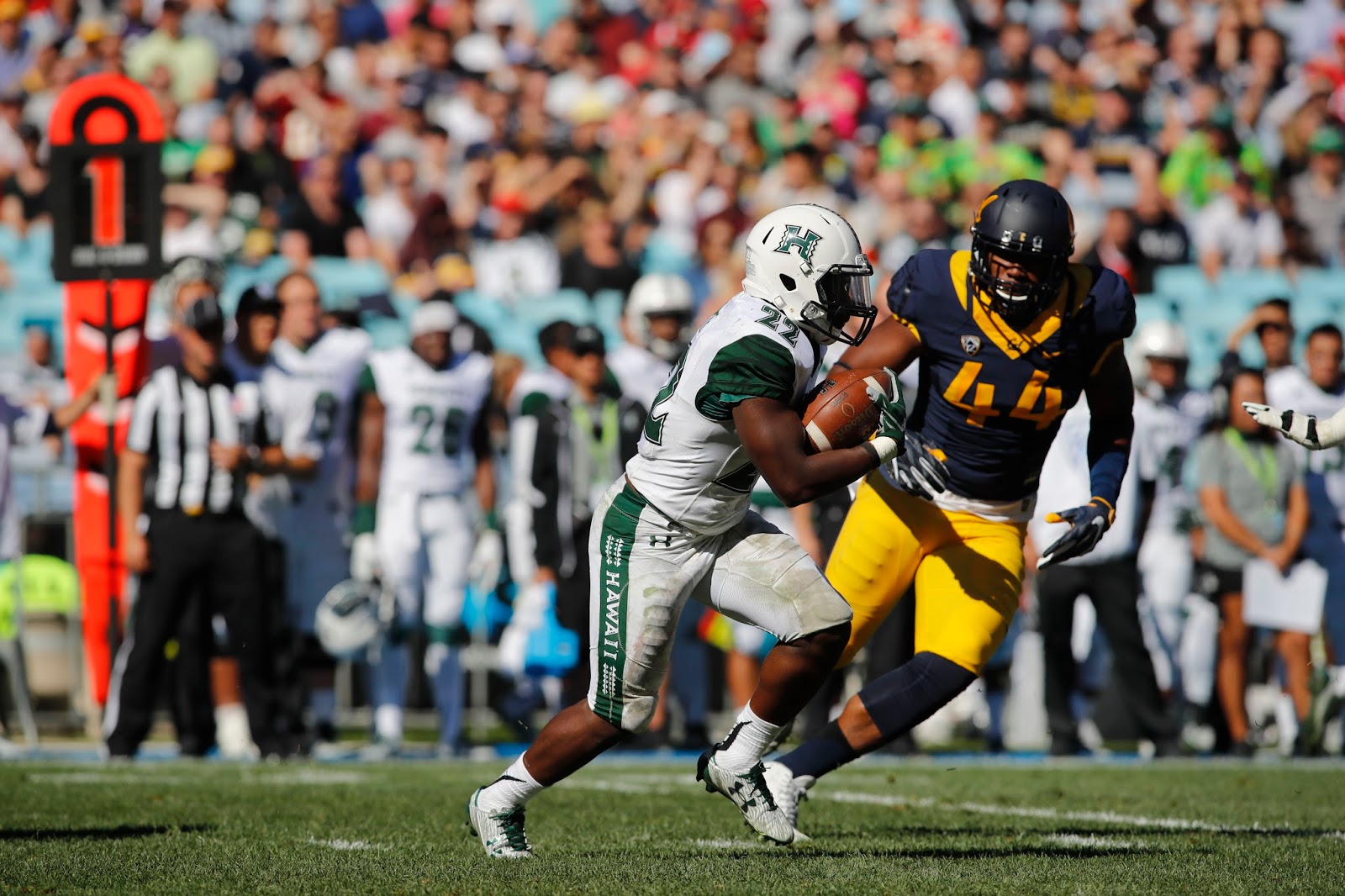 The 2016 college football season opened last week Saturday as the University of Hawaiʻi played against the University of California in Sydney, Australia. Head coach Nick Rolovich made his debut as the Warriors came up short agains the Golden Bears. The game had a phenomenal turnout as 61,247 fans filled Sydney’s Olympic stadium to see an American football game.

Both teams started off hot as they racked up 31 points in the first quarter alone. Cal quarterback Davis Webb had a great first game for the Bears- completing 38 of 54 pass attempts for 441 yards and four touchdowns. The Texas Tech grad transfer made all the difference for Cal as he frequently connected with his wide receivers and even rushed for a touchdown. RB Khalfani Muhammad rushed for 94 yard and one touchdown while WR Chad Hansen grabbed two touchdowns and had 14 receptions for 160 yards.

UH QB Ikaika Woolsey completed 17 of 34 attempts for 234 yards with one touchdown and one interception. Woolsey connected with WR Marcus Kemp who had four receptions for 73 yards and one score. The Warriors played a hard game but ultimately beat themselves as they totaled five turnovers.

Cal came up on top for the first game of the season and it will be interesting to see how the rest of the year plays out for both teams.