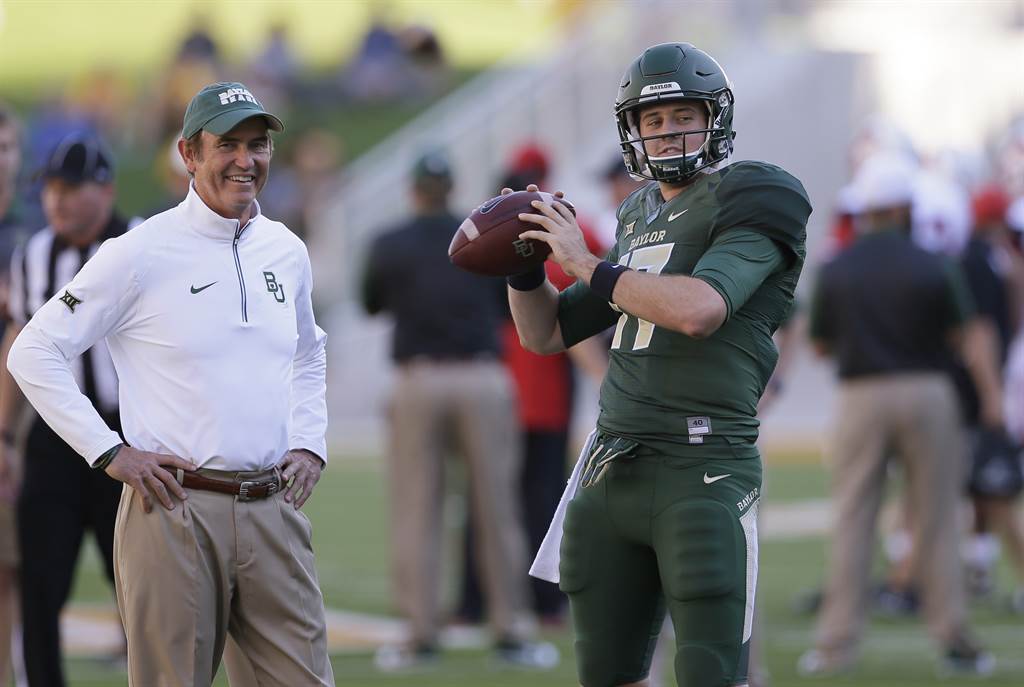 It started with Robert Griffin III- the first star in the Art Briles dynasty who brought Baylor its first Heisman trophy and a spot on the college football map. It took a turn with Nick Florence, the backup with an unlikely chance of winning who gave Baylor a 49-26 domination over UCLA at the 2012 Holiday Bowl. Bryce Petty was up next as the team leader who made the Baylor Bears the back-to-back Big 12 Champions. Finally, it was Seth Russell.

Russell was an unknown QB from Garland, TX that begged colleges to just glance at his highlight films. He was never on the list of top recruits and didn’t have any chance of playing in the big leagues until one fateful day in the Garland High School gymnasium. It was there that Russell met Baylor OC (at the time) Philip Montgomery (now Head Coach of Tulsa) and told Coach Monty that he could reverse dunk on the basket. Russell’s incredible athleticism led him to Baylor as a freshman QB who would sit on the sidelines for three years under both Florence and Petty. Although he was desperate to play, Russell would be patient and wait for his turn to come…and indeed it came.

Most people immediately think of RGIII as the best QB to ever come through Baylor University. I beg to differ. Seth Russell is the best Baylor QB that has ever played. While most predicted the Bears would fall after Petty’s graduation, Russell proved the critics wrong. He was strong, fast, athletic, and was a dominant force on the field. In just seven games, Russell had completed 119 passes of 200 attempts for 2,104 yards with 29 passing TDs and 6 rushing TDs. He escorted the Bears to their first #2 ranking on the AP polls and led the FBS in passing efficiency, passing TDs, passing yards per completion, points responsible for per game, and passing yards per attempt. Anyone who doubted Russell’s abilities before the season had their mouths shut as soon as the QB stepped on the field. He was on track to record over 50 TDs in one season before his sadly ended.

During the Iowa State game on third-and-fifth with 8:14 left in the second quarter, Russell took a hard hit that ultimately broke a bone in his neck. He will have to undergo surgery with a recovery time of six months. True freshman QB Jarrett Stidham will be forced to replace Russell in the upcoming games against Kansas State, Oklahoma, Oklahoma State, TCU, and Texas.

Seth Russell is the best QB Baylor has ever seen. He might not hold a Heisman trophy or have led the Bears to a bowl or conference victory, but he’s seen the most inspiring half season of the Briles dynasty. Russell has become a beloved icon in all of college football and for you Seth, our unlikely hero, we will win it all.