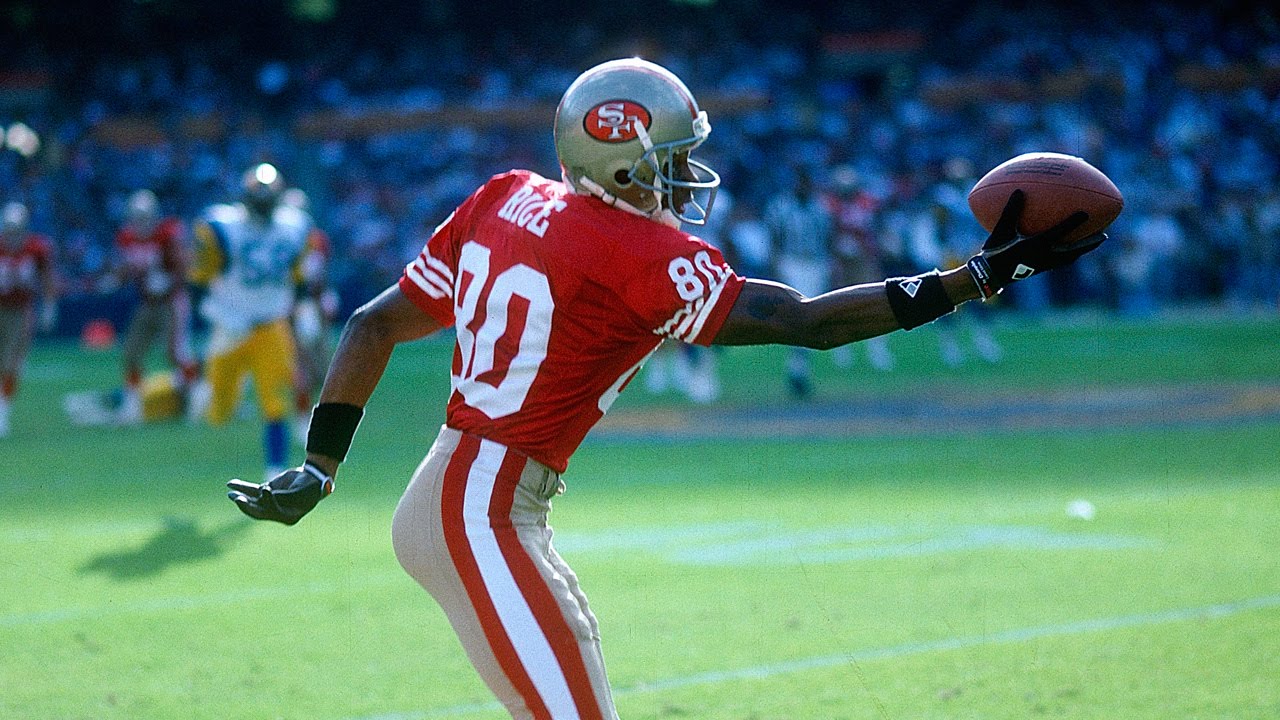 In this next installment of “Football Focus” where I explain each football position, I’m focusing on the Receiver. As I discussed in my last FF post, the QB is heavily considered to be the most important player on the roster. Some of the most exciting plays in the game occur when the QB connects with the receiver for a deep pass or an uncommon Hail Mary. The passing game has exceeded the running game in use for the past 40 years or so and becomes increasingly more breathtaking as the seasons go by.

The receiver and QB must intently work on their predetermined routes in order to be successful on the field. Coaches plan pass patterns that feature routes such as comeback, crossing, curl, hook, post, slant, square-out, streak (also known as fly), and swing. In order to successfully complete the chosen pass to a set receiver, the QB must have enough time to set himself and the receiver must be in the right area to catch the ball. The offensive linemen must be strong enough to block the defenders for as much time as the QB needs to lock in with his receiver. It usually takes more than three seconds for the receiver to be far enough downfield and they sometimes need to deviate from the set plan in order to catch the pass.

Receivers (wide receivers, inside receivers, tight ends, running backs) must be fast, agile, strong enough to endure tackles, and have good hand eye coordination to succeed in their field. Tight ends aren’t as fast as regular wide receivers because they are also used on the line as blockers, but they are also eligible to catch passes when needed. The basic receivers in any offense are two running backs, one tight end, and two receivers. According to Football for Dummies, “The wide receivers are commonly referred to as X and Z receivers. The X receiver, or split end, normally aligns to the weak side of the formation and the Z receiver, or flanker, aligns to the strength of the formation. The tight end is known as the Y receiver.” In order to beat the defensive back in coverage, the receiver has two options: the ‘dip and rip’ technique and the ‘swim’ technique. When utilizing the dip and rip, the receiver dips his shoulder and rips through the secondary’s effort to hold onto him. The swim technique occurs when the receiver slaps the secondary player’s hand one way while heading in the opposite direction. After the defensive back reacts, the receiver makes a freestyle move while pulling his arm back underneath and behind him.

I’ve taken a look at another great player for the San Francisco 49ers: wide receiver Jerry Rice. Rice is often considered to be the greatest receiver in football history and for good reason. He played for Mississippi Valley State and was selected in the first round by the 49ers in 1985. Although he played a few seasons for the Seahawks and the Raiders at the end of his career, he will always be known for his accomplishments in San Fran. Rice set the NFL record of 22 TD receptions in 1987 and led the NFL in receiving yards and TD receptions six times. He set a record of 1,848 receiving yards in 1995 and owns virtually every significant receiving record including receptions (1,549), receiving yards (22,895), and most 1,000 yard receiving seasons (14). He had a record of 208 total TDs and 23,546 combined net yards. He was the Super Bowl XXIII MVP, named first-team all-pro for 11 consecutive seasons, and and played in 13 pro bowls. Rice was inducted into the Pro Football Hall of Fame in 2010 and is regarded as the best wide receiver in football history.