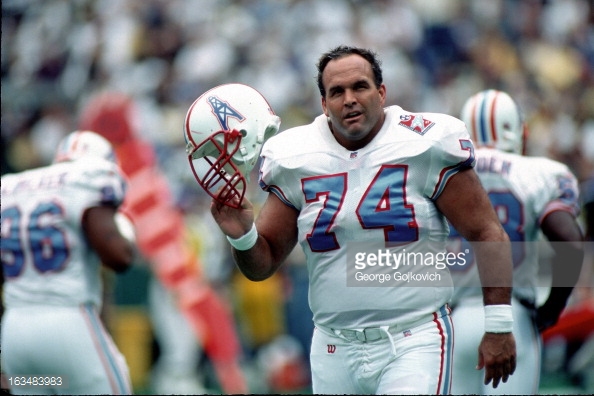 When people think of football, the first position that usually pops in mind is the quarterback, while others ponder on the fame of wide receivers or the power of running backs. Although these offensive legends are most memorable, one of my favorite types of player is the lineman. Both offensive and defensive linemen represent the absolute strength and grit of the game. Holding down the fort in the trenches means protecting the captain (aka the quarterback, running back or any player holding the ball) no matter what the cost. There are many different positions categorized as “linemen” on both sides of the ball. The offense has two tackles, two guards, a center and occasionally a tight end. The typical defense has two ends and two tackles while sometimes employing a nose tackle or nose guard. In order to grasp the importance of linemen, we have to understand the different positions and how they work.

In the movie “The Blind Side”, Sandra Bullock’s character Leigh Anne Toughy describes the impact defensive lineman Lawrence Taylor had on Redskins’ quarterback Joe Theismann. She says, “Now, y’all would guess that more often than not, the highest paid player on an NFL team is the quarterback. And you’d be right. But what you probably don’t know is that more often than not, the second highest paid player is, thanks to Lawrence Taylor, a left tackle. Because, as every housewife knows, the first check you write is for the mortgage, but the second is for the insurance. The left tackle’s job is to protect the quarterback from what he can’t see coming. To protect his blind side.” While this quote stated the norm over a decade ago, today’s football scheme has changed. Left tackles are no longer any more important than their co-linemen. In present day football, tackles are normally taller with longer arms in comparison to guards. The reason for their larger size is because they must block defensive ends, who tend to be on the longer side. Guards, on the other hand, deal with interior blitzes and defensive tackles. Today’s football calls for stronger guards who can stop defensive linemen from penetrating the line of scrimmage. If a guard is pushed around or knocked down, holes open up and the risk of sacks or tackles increases. The center is the player in the middle (hence the name) who snaps the ball to the quarterback. He must be able to snap the ball accurately and with precision in order to start the play, while also blocking the nose tackle in blitzes. I explained the versatile roles tight ends play on the gridiron, whether it be blocking with the line or catching a pass from the quarterback in last month’s edition of Football Focus.

Defensive linemen are some of the strongest men on the field because they must stop the offense’s running game. Defensive ends have quite a simple job- get to the quarterback. Their main focus throughout the game is trying to get around the offensive tackles and sack the QB. They also enjoy swatting the football out of the QB’s hand, causing a fumble. In between the two ends are defensive tackles, frequently known as the anchor of the defensive. Tackles are some of the strongest men on the line- pushing through the guards and center in order to sack or tackle the quarterback. If the tackles do their job correctly, the whole defense succeeds. An example of a great college tackle is Baylor’s Andrew Billings- one of my favorite players in the team’s history. Billings was a strong kid coming out of Waco High as both a powerlifter and nose tackle. He went on to becoming one of Baylor’s finest football players on the defensive side of the ball. Compared to Ndamukong Suh in both strength and agility, Billings is sure to be a star for the Cincinnati Bengals. Here’s my favorite play of his- chasing down a running back- which I was lucky to witness in person.

One of the most iconic linemen in NFL history is Bruce Matthews- former NFL guard, tackle and center for almost 20 years. After an extraordinary career at the University of Southern California, Matthews was drafted by the Houston Oilers as the 9th pick in the 1983 draft. The uncle of Packers’ linebacker Clay Matthews was a three-time Offensive Lineman of the Year, started in 292 of 296 games played and started in all 15 playoff games. He was chosen to play in 14 Pro Bowls, tied with Merlin Olsen for the most ever. Matthews was named first-team All-Pro nine times (1988-93, 98-2000) and was selected for the NFL’s All-Decade Team of the 90’s. Matthews was named to the NFL Hall of Fame in 2007.