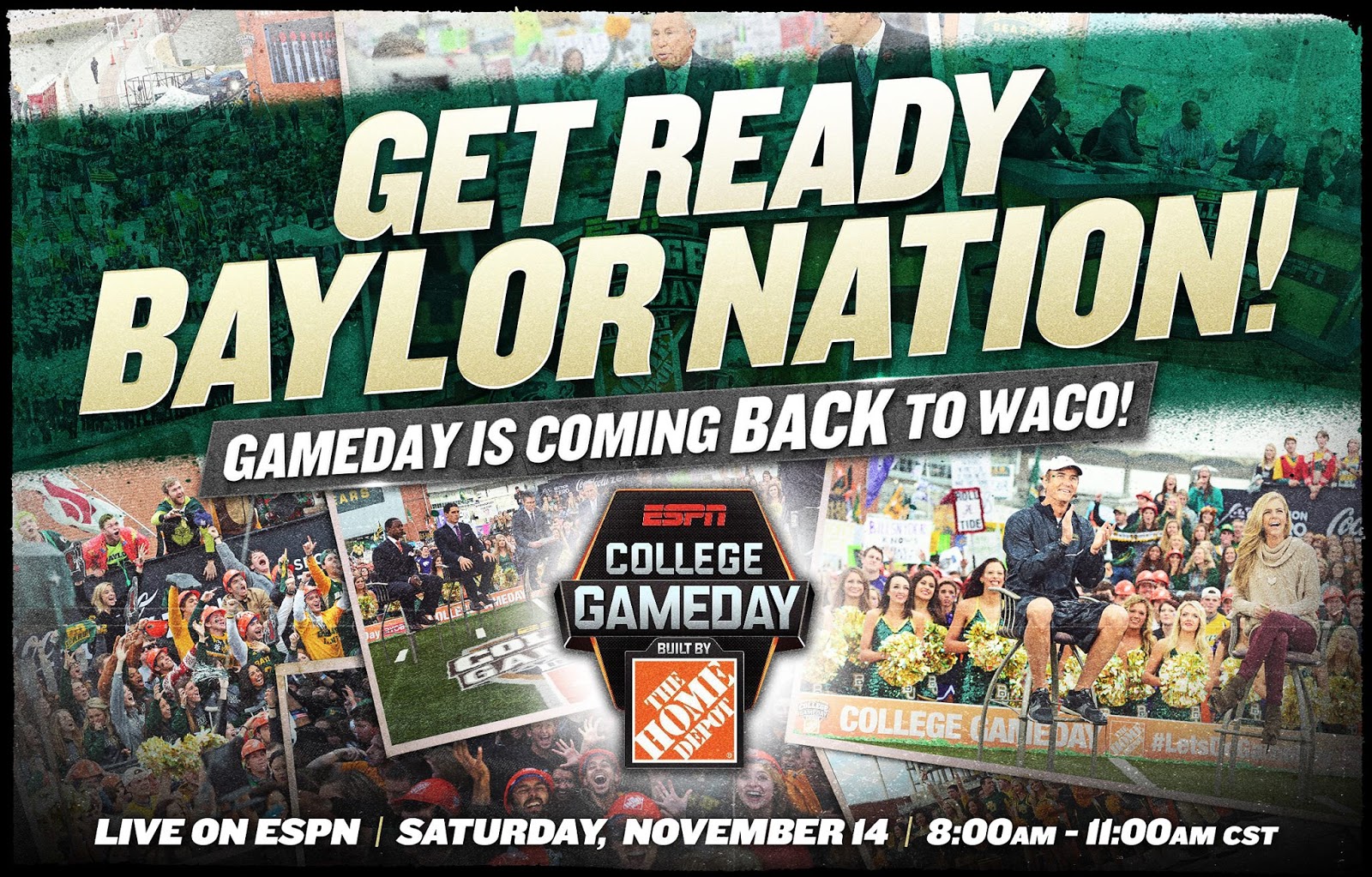 ESPN’s College Gameday traveled to Waco last year for the Baylor vs. Kansas State game and will return to campus this weekend. The game that decided the one true Big 12 Champion took place as Baylor played its final game against the ‘Snydercats’. This year, one week after a win against K-State, Gameday will be back on campus for the second year in a row. Gameday is a great way for Baylor to gain national attention and to hopefully demolish a strengthening Oklahoma team on primetime television. Tune in for interviews (even though Lee Corso will be on), Coach Briles appearances, punny student-made signs, and a beautiful view of McLane Stadium!