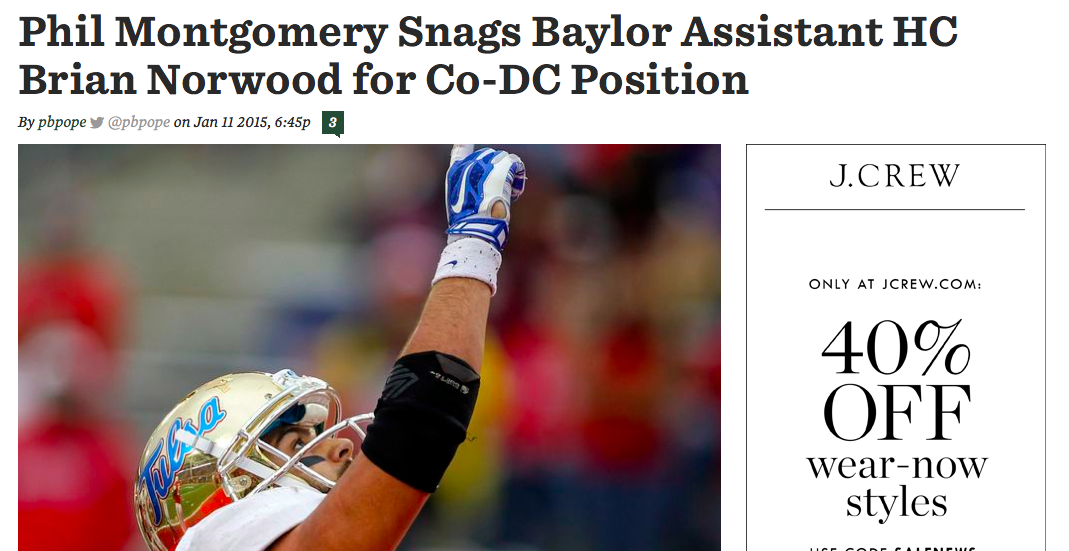 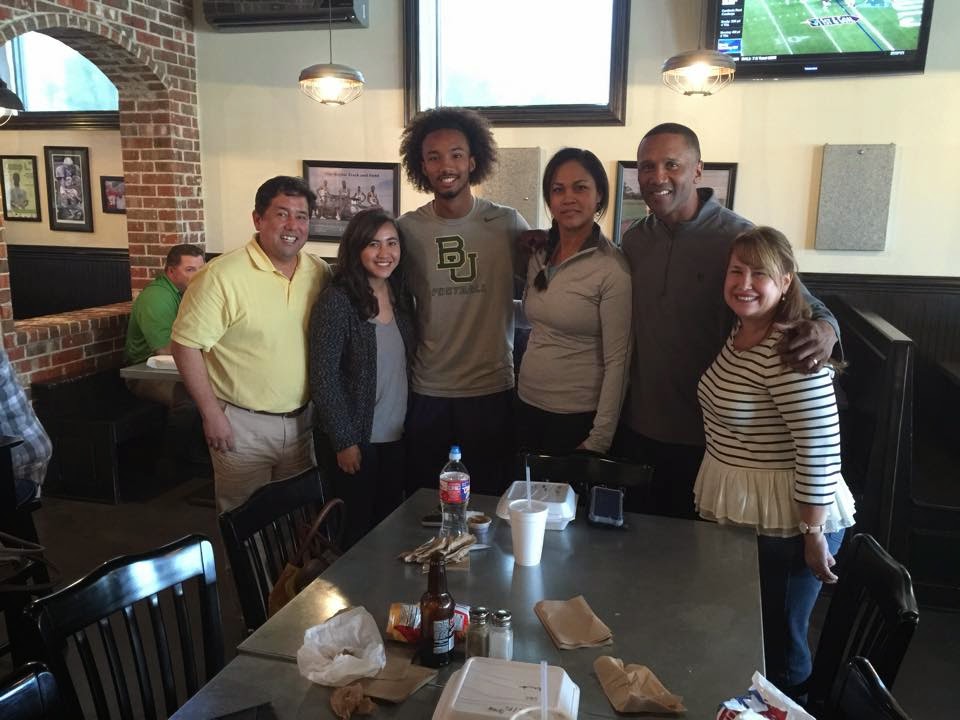 At the end of the Baylor football season, it was announced that offensive coordinator Philip Montgomery would become the head coach at the University of Tulsa in Oklahoma. This was a pretty big loss for the bears as ‘coach Monty’ called great plays throughout his seven seasons at BU and coached alongside coach Art Briles for 16 seasons. Recently I spoke with my dad about the possibility of my favorite coach Brian Norwood (Associate Head Coach, Safeties Coach) leaving the school as well. I had the privilege of meeting and having lunch with coach Norwood and his family (Levi!!) in Waco when we went to Baylor for homecoming and he was so kind and welcoming. As of today, I discovered that coach Norwood would be following his friend coach Monty to Tulsa by becoming the team’s co-defensive coordinator. This is a big loss in my eyes as coach Norwood has been a key player in football recruits and in the box during games. Although this is extremely sad and disappointing news, I wish coach Norwood all the best at Tulsa and am so grateful to have met him.