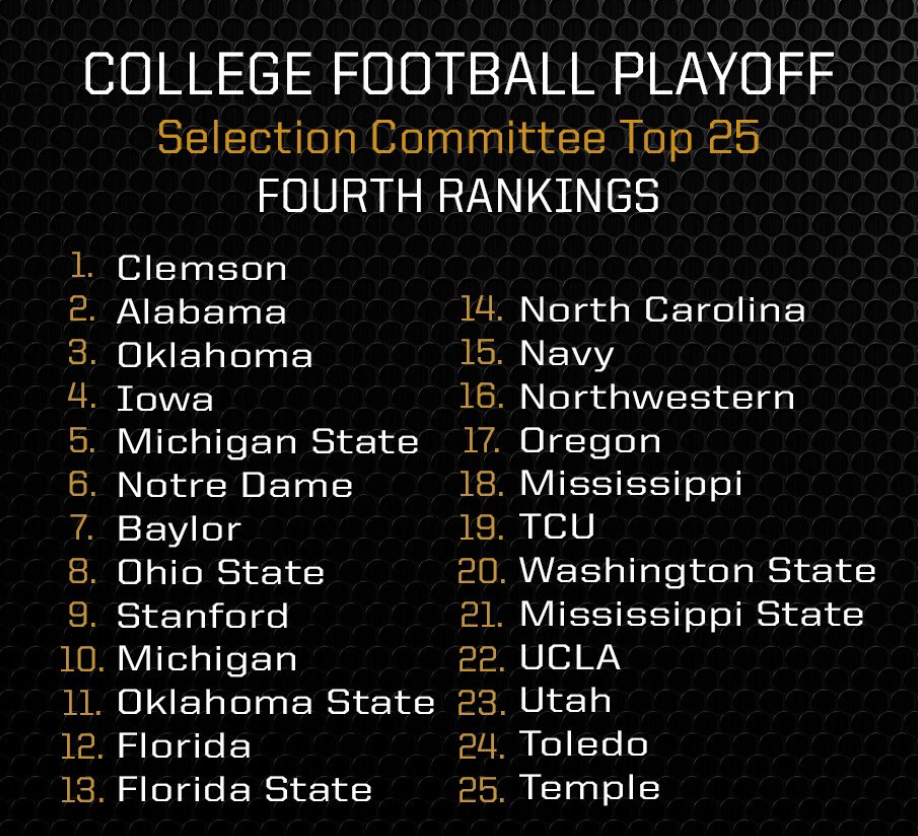 The fourth installment of the CFP rankings is here and there have been some major changes. Unlike last week’s rankings, in which the top four remained the same, both the #3 and #4 teams have dropped out of the top. With a miraculous loss to the Michigan State Spartans, Ohio State dropped from #3 to #8 and Notre Dame fell two spots from #4. The Oklahoma Sooners jumped a whole four spots after a nasty win against a banged up TCU team and Iowa secured their place in the top four while remaining undefeated. After Baylor beat Oklahoma State in Stillwater, the formerly undefeated Cowboys fell five spots while the Bears were propelled from #10 to #7.

The Bears will face off against bitter TCU rivals in Fort Worth on Friday and shouldn’t worry about the rankings at this point. The team must win against both the Horned Frogs and the upcoming Longhorns while cheering for Oklahoma State to beat Oklahoma in Bedlam. If the Bears win out and the Sooners lose, Baylor will secure their third consecutive Big 12 Championship!