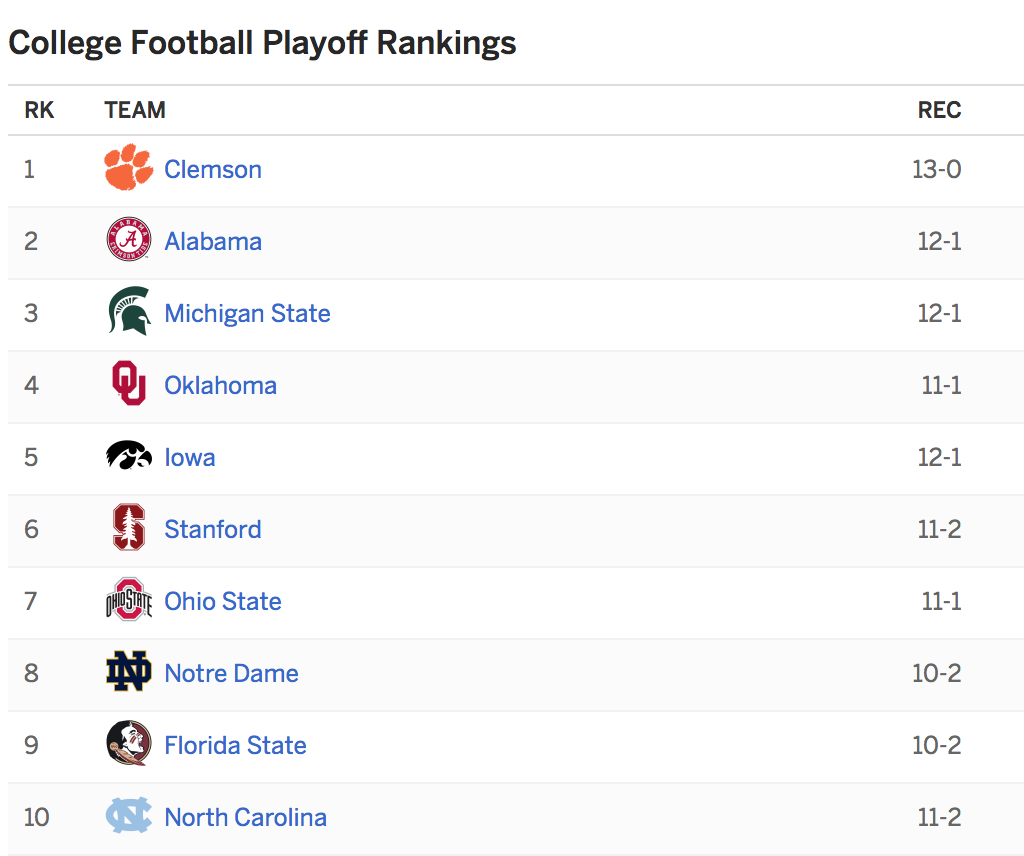 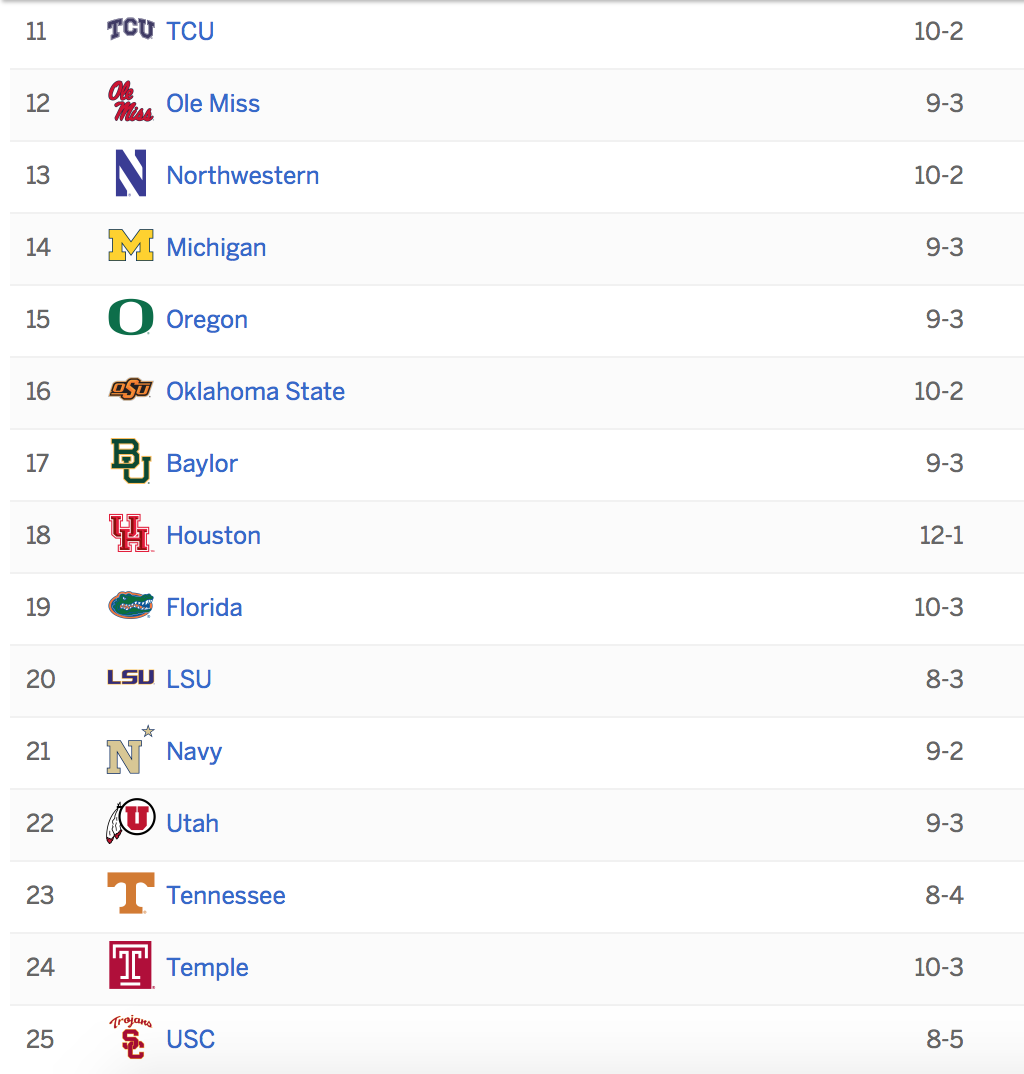 After 15 weeks of football, the four teams entering the CFP playoff were announced and the final rankings have been released. Clemson has remained at #1 with a perfect 13-0 season led by Heisman contending QB Deshaun Watson and coach Dabo Swinney. Alabama finished with 12 wins and one forgettable loss to Ole Miss that seems like it occurred years ago. Michigan State earned the third slot in the top four after a glorious win against Ohio State, revealing the Spartans’ strengths and the Buckeyes’ weaknesses. Oklahoma entered the top four with a Big 12 Championship trophy, wins against three top 25 teams, and a sole loss to Texas (in the game that saved Charlie Strong’s job). Our beloved Baylor Bears dropped six slots to #17 and finished the season as the #4 team in the Big 12 after they lost to Texas and lost their third QB to injury. Clemson will be playing Oklahoma in the Orange Bowl on New Year’s Eve and Michigan State will be playing Alabama in the Cotton Bowl on the same date.