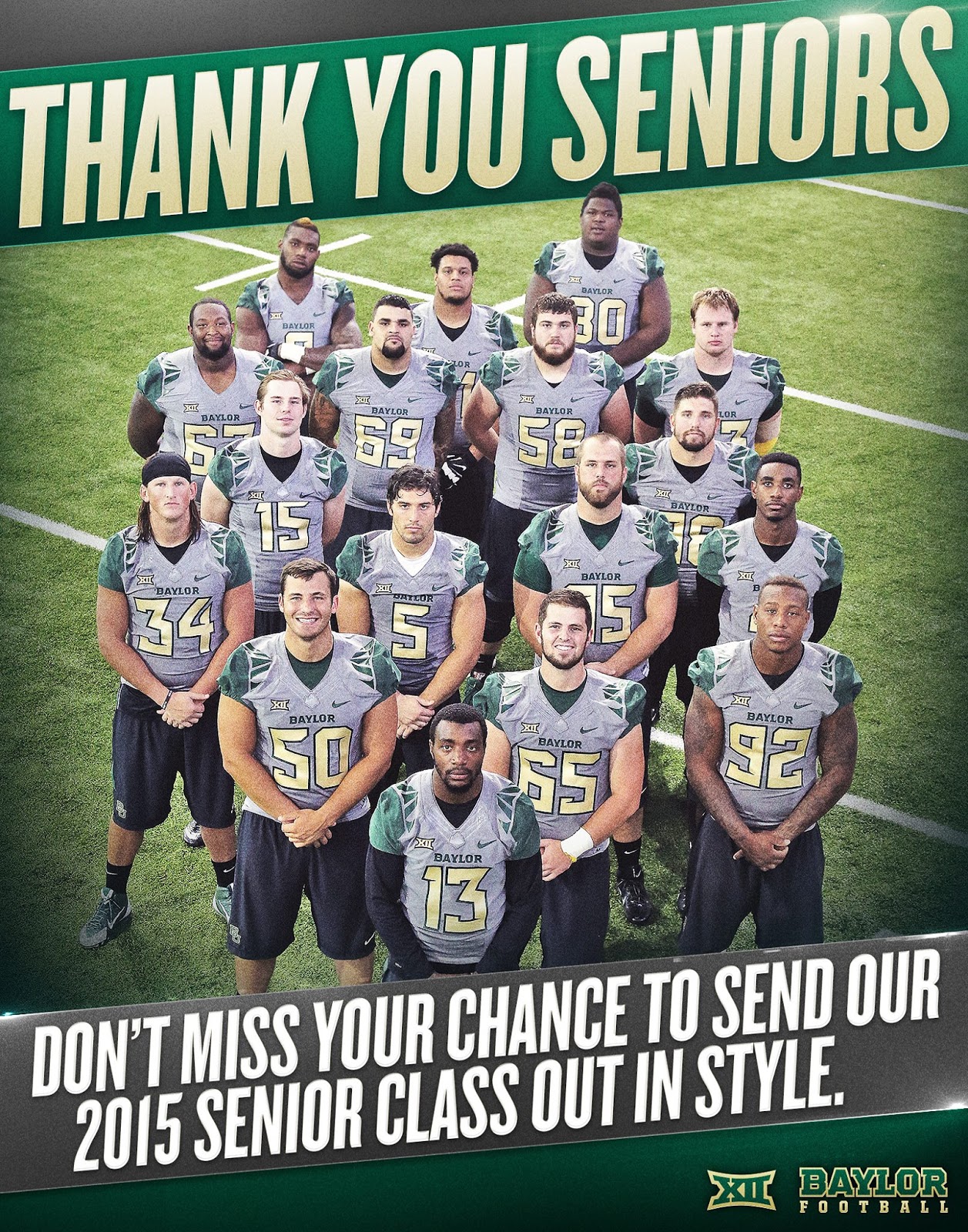 The last football game of the regular season pitted the Baylor Bears against long-time rivals the Texas Longhorns at McLane stadium. The Bears were fighting for an invitation to play in the Sugar Bowl and the Longhorns were playing in their own regular season “bowl game” with a 4-7 record. With a chance to end their losing season on a high note, Texas came out strong and stopped the Bears from scoring on their first drive- an accomplishment that Baylor has completed in every game this season. With Tyrone Swoopes under center for the Longhorns, the Texas offense scored 17 points quickly and prevented Baylor from putting any numbers on the scoreboard in the entire first half.

The Bears’ third string QB Chris Johnson wasn’t looking as sharp as he was at Oklahoma State and all hope was lost when he got knocked out in the second quarter and remained out for the rest of the game with concussion-like symptoms. The Bears’ offense was already struggling with a third QB and the game seemed to be over when Johnson fumbled the ball and needed help getting off the field. OC Kendal Briles had to think quickly and tossed WR/PR Lynx Hawthorne into the game as an emergency QB. Hawthorne played under center during his junior and senior years in high school, but that was four years before he switched to receiver. Hawthorne showed his expected lack of experience as his first two drives ended in interceptions. After his second pass was picked, he tackled a defensive player and was kicked and stepped on by players on the Longhorns bench. After Hawthorne was hit by multiple Texas players by himself, the Baylor players exploded and rushed the field as the the play turned into a brawl. The second quarter was over quicker than it began and the Bears were forced into the locker rooms with a score of 0-17. Luckily, Coach Briles decided to create a “Wildcat” with a combined effort from Hawthorne and RBs Johnny Jefferson and Terrance Williams (RS FR, not to be confused with former player Williams). The Baylor offense exploded in the second half and showed more emotion and effort than I’ve seen in a while. Jefferson started under center and took direct snaps before rushing to earn Baylor multiple first downs. He then switched off to Williams who used his dynamic size to push through defenders as well. Jefferson and Williams took longer than the normal Baylor offense but marched their way down the field and helped Hawthorne to score two touchdowns and a field goal. The Wildcat offense was phenomenal and almost helped the Bears defeat the Longhorns. The game ending play was when Hawthorne threw his final interception in the last four seconds. Unfortunately, the QB-less Bears couldn’t pull off a comeback. The Baylor defense played the game of their lives and held the Longhorns to only three points in the second half. Although the offense couldn’t capitalize on the efforts of the defensive players, their stops and sacks made a huge statement in the strength and ability of Baylor’s most misunderstood players.

The Bears won’t be going to the Sugar Bowl, but their efforts in McLane will not be forgotten. From a Heisman-contending Seth Russell at QB to a WR/RB Wildcat, the Bears showed their strength under pressure, freak athleticism, and passion for the game they love. They showed bravery and emotion in the final game of the season and the final game for the most talented group of seniors I’ve ever seen. Thank you, seniors for everything you’ve done for the game and for this team. Thank you, Lynx for your courage. I couldn’t adore you all more than I do now.