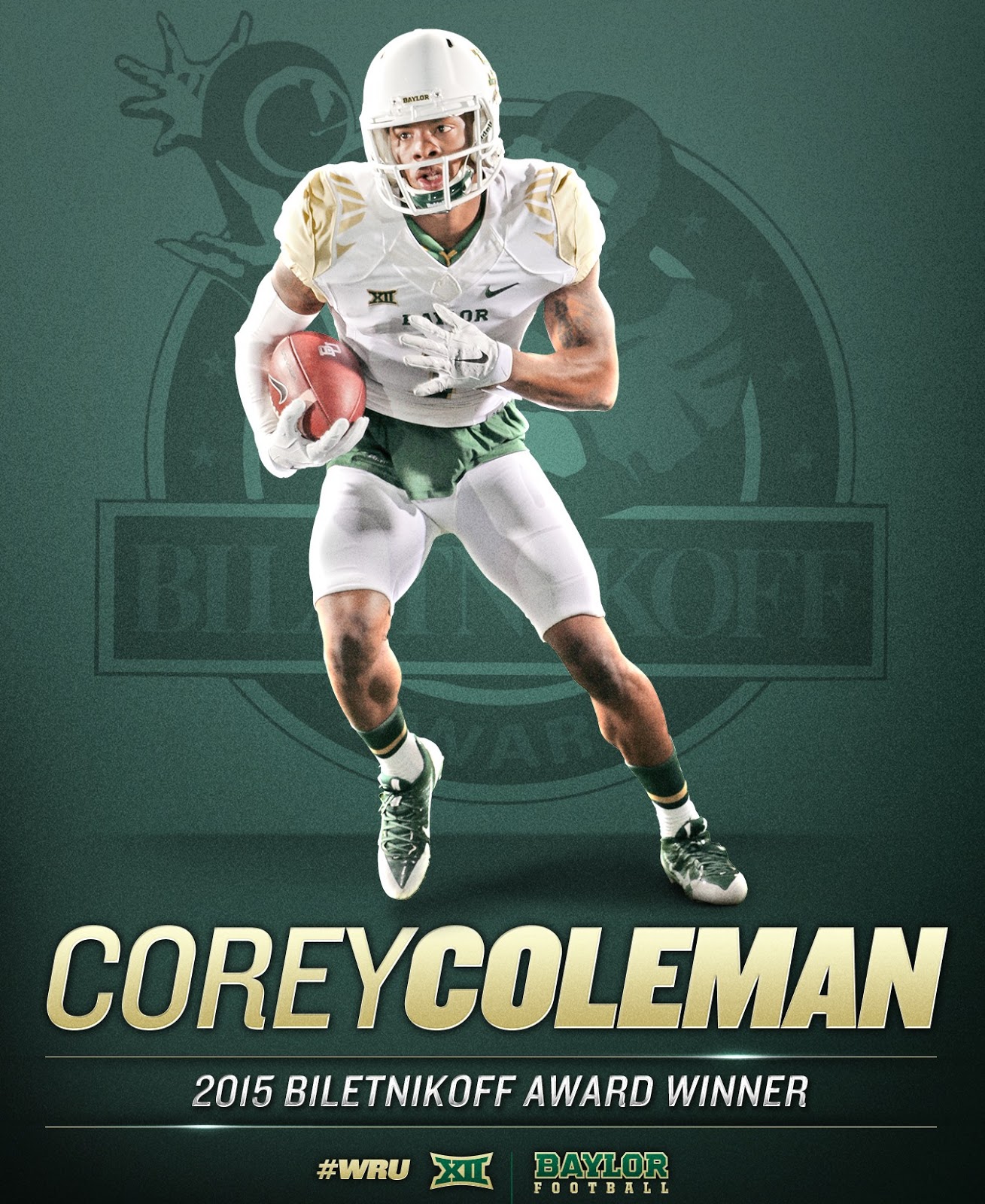 The Biletnikoff Award is one of the most prestigious CFB awards given to the season’s outstanding receiver regardless of position. This college football season was filled with thousands of receiving yards and hundreds of TDs by receivers across the country. However, the Biletnikoff chose three receivers that surpassed them all. This year’s nominees were Baylor’s Corey Coleman, TCU’s Josh Doctson, and Ole Miss’ Laquon Treadwell. Coleman recorded 74 catches for 1,383 yards and the nation’s best 20 TDs. Doctson had 79 catches for 1,327 yards and 14 TDs, while Treadwell had 76 catches for 1,082 yards and 8 TDs. Coleman clearly made a statement in his final year playing for the Bears since he announced the deferral of his senior year to enter the 2016 NFL draft and he will bring the Biletnikoff Award to Waco for the first time in Baylor’s history!