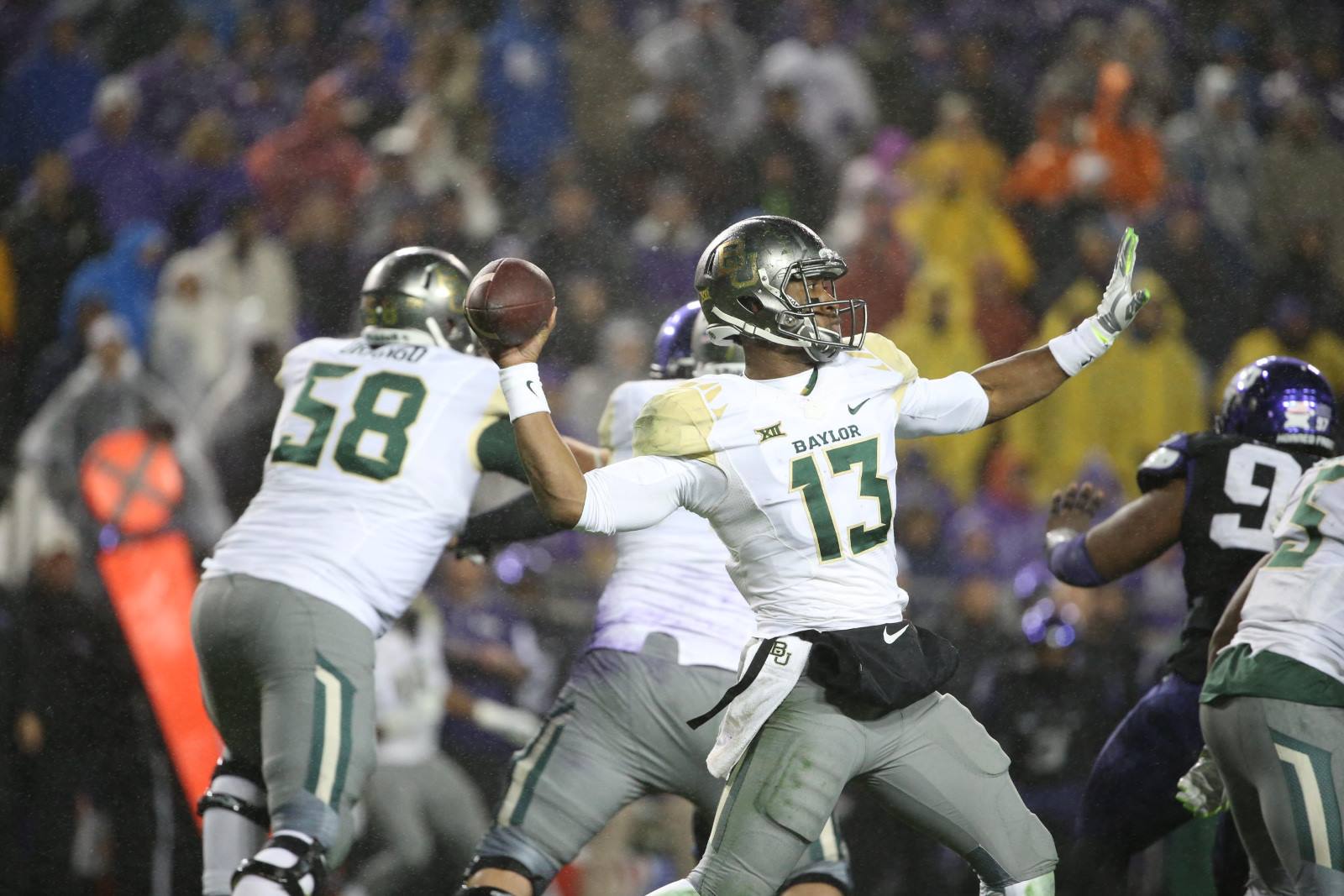 As young children, we’re often told stories about great heroes who rise up in the face of adversity, become courageous warriors, and ultimately defeat the bad guys. I’ve grown to think of the Baylor Bears as the biggest heroes in college football. Coach Briles hand-picks underdogs rather than always going straight for #1 recruits and turns them into champions. The players on the team have many heartbreaking life experiences, but they end up turning their hardships into stories of greatness. Unfortunately, the best heroes don’t always win. Sometimes they can’t destroy the dragon or the great beast and “happily ever after” disappears. Such was the case in Fort Worth tonight when the Bears played against bitter rivals- the TCU Horned Frogs. Despite having an incredible third-string QB and a hardworking defense, the Bears saw their dreams of a third consecutive Big 12 Championship trophy dissipate before their eyes as they fell in two overtimes in 20 degree weather on the road.

Although Baylor and TCU have the top two scoring offenses in the nation, the teams played arguably the ugliest game of football of the season in a freezing monsoon. There really aren’t any highlights from either teams throughout the game because of the extreme environment. Both teams combined for 32 straight drives without scores and had more punts than complete passes. The Baylor offense had five turnovers and was held to only 335 total yards. The game was simply a nightmare that instead of showcasing the strengths of both teams, showed who survived and who didn’t. QB Chris Johnson couldn’t get a steady rhythm an obviously struggled passing the ball in the pouring rain. RB Devin Chafin was the shining star throughout the game who scored all three of the Bears’ TDs in both regular gametime and overtime. The Baylor defense was strong throughout the game and held TCU QB Trevone Boykin and co to only 14 points in the regular game. Unfortunately, the Bears had the hardest time getting first downs and injuries, penalties, and the freezing rain were the real winners of the game.

Baylor won’t hold the 2015 Big 12 trophy anymore, but they should direct their focus toward beating Texas on December 5th to close out the season and hopefully head to the Sugar Bowl on New Years’ Day. The Bears shouldn’t hang their heads because they played with full hearts throughout the game and never gave up despite the horrible weather. Coach Briles is the best and classiest coach in college football and he will lead the team to a victorious season ending.