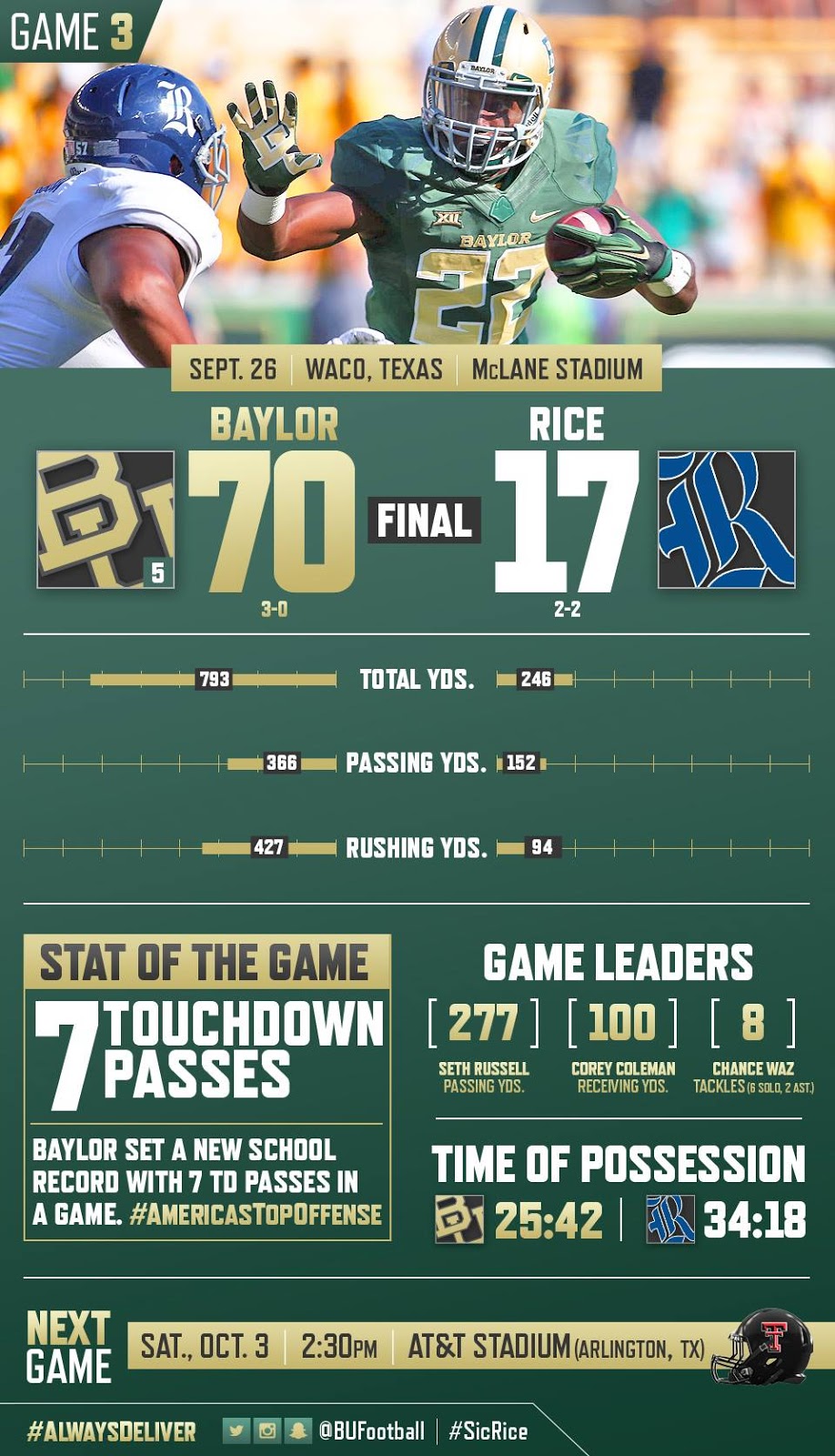 The Bears looked as strong as ever coming off a bye week against the Rice Owls on Saturday September 26th. After slow starts against SMU and Lamar, Baylor picked up the pace early in the first half while playing the Owls to extend the nation’s longest home winning streak of 17 games. QB Seth Russell threw 12/16 passes for 277 yards and 6 TDs before being swapped out in the 3rd quarter for freshman Jarrett Stidham. Russell’s 3 INT against Lamar were replaced with 0 INT against the Owls. The RBs played incredibly as well with 5 different players scoring TDs including Lynx Hawthorne and Ishmael Zamora who had their first scores of the season. Corey Coleman scored 3 TDs of his own, amassing 100 receiving yards (and earning my vote for this year’s Heisman trophy). The defense really stepped it up with sacks from Shawn Oakman, Andrew Billings, Taylor Young (so happy to see him back in the game), and Jamal Palmer. The Bears stepped up their game this week and are hoping to defend their title of Big 12 Champions as they play Texas Tech at AT&T Stadium on October 3rd.