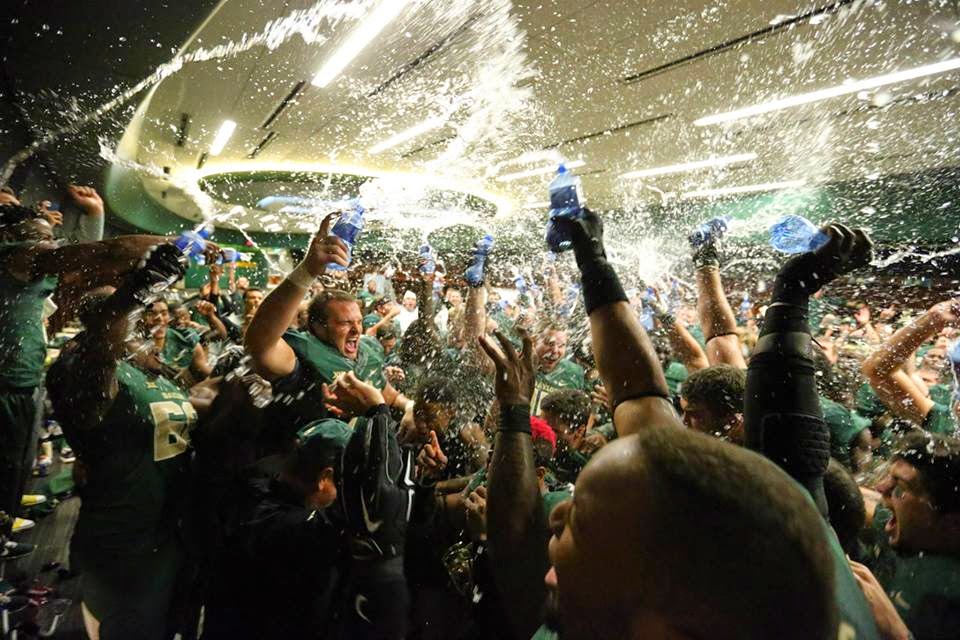 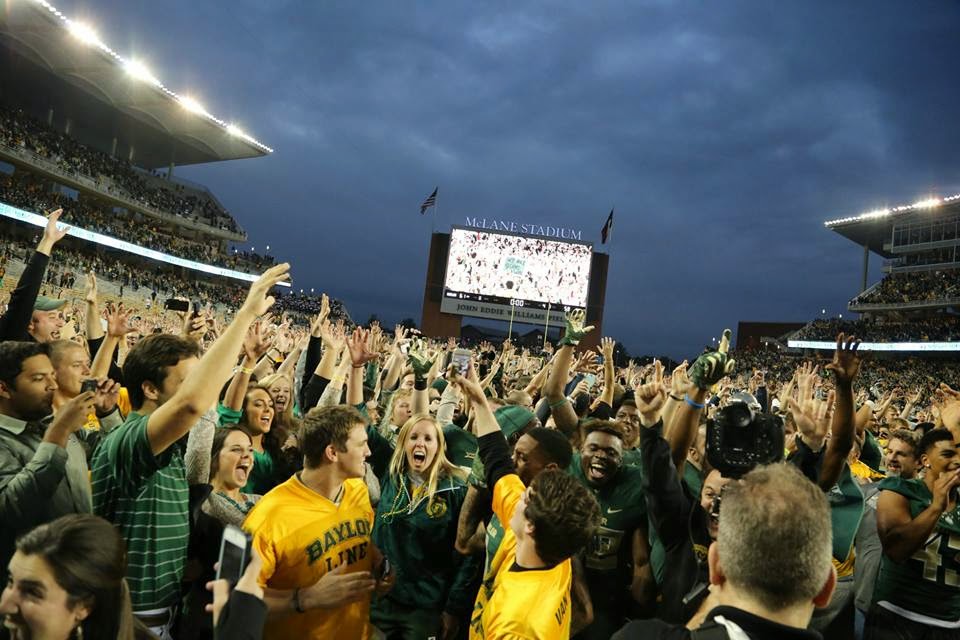 Today was an amazing day in college football. With the Baylor Bears down 37-58 in the fourth quarter against the TCU Horned Frogs, most of the BU fans were ready to give up on their beloved team (myself included). However, the Bears quickly turned a not-so-great game around by scoring 24 points in the remaining 11 minutes of the final quarter. I won’t go too in depth on the game but instead take a look at what different articles had to say here, here and here

Overall, it was a great day to be a Baylor Bear and no one knows it better than QB Bryce Petty who said, “For us, it’s just another statement game. It’s just another chance to
prove we’re here to stay. It doesn’t matter who you put on the other
side of the field, it’s a huge opportunity for us on the national scale —
and we did it again,” (USA Today).

Baylor will play West Virginia University on Saturday October 18th and 11 am CT on Fox Sports 1.