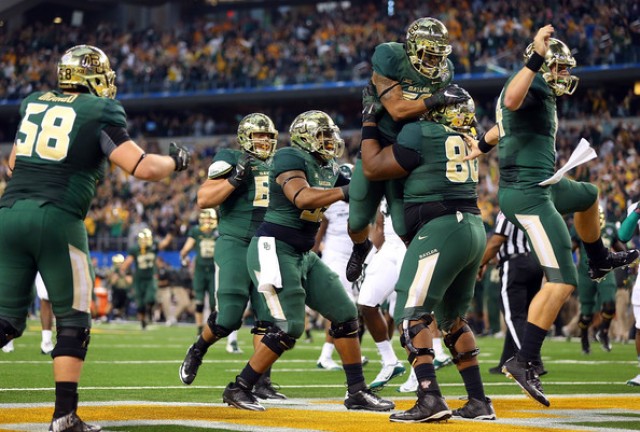 There are three weeks until Baylor’s football season starts and the preseason polls have scattered the Bears all across the board. Although I don’t believe in trusting sports votes, it’s interesting to compare where teams were projected to fall versus where they finish at the end of the season. Baylor is the wildcard of the century following the departures of beloved head coach Art Briles, athletic director Ian McCaw, president Ken Starr and handfuls of current players and incoming freshmen. The Amway Coaches Poll currently classified the Bears at #21 while ESPN’s way-too-early listings don’t even categorize Baylor in the top 25.

Although I believe that Baylor should be ranked in the top 25, this isn’t the time to sweat the preseason rankings. The team brings back dozens of talented players including QB Seth Russell (who is undefeated as a starter), record-holding RB Shock Linwood and All-American C Kyle Fuller, while adding 30+ walk ons. Despite awful publicity and a current situation that would make any head coach tremble with fear, the Bears have the heart and talent to deliver on their potential this season.