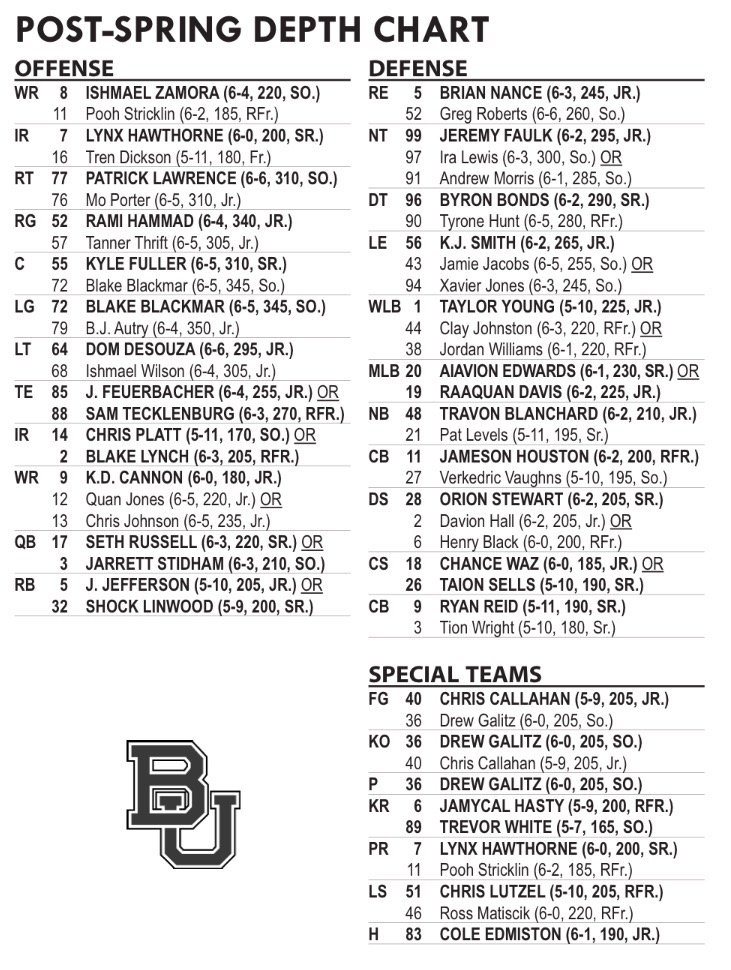 The Baylor football team recently released its post-spring depth chart, listing (almost) all of the new starting players in each position. Keep in mind, however, that the chart doesn’t list any of the players who aren’t currently on campus such as incoming freshmen or JUCO transfers. The main feature worth noting is the starting lineup of offensive linemen. After the team lost 4/5 OL, it’s exciting to see young players taking over in the trenches. Two surprising starting players are Patrick Lawrence on RT and Blake Blackmar on LG. Most would think that former JUCO transfers Mo Porter and B.J. Autry would grab the first-team positions, but I have to give credit to Lawrence and Blackmar for earning key spots in the lineup. Seeing so many receivers on the depth chart isn’t a shock since Baylor is fully loaded on the offensive backfield. I’m excited to see KD Cannon back on the outside since it’s where he thrived during his true freshman year. The QB position is in question since Seth Russell was out with a pelvic injury. Although sophomore Jarrett Stidham took over under center during spring practices, that doesn’t mean the position is his come fall. On the defensive side of the ball, the only key points I have are redshirt freshman Jameson Houston grabbing the CB position across Ryan Reid, and Davion Hall shining as S.