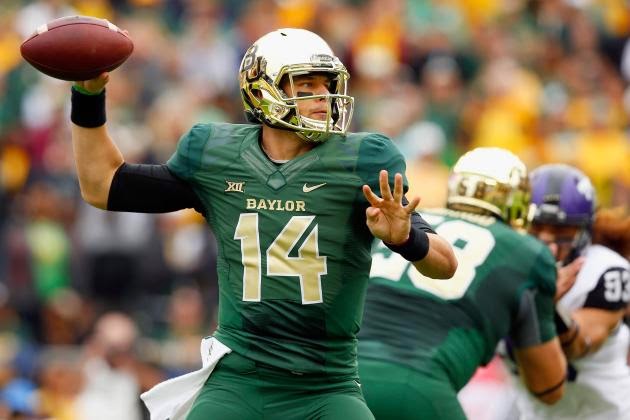 With the highly anticipated NFL Draft starting tomorrow (ending on Saturday, May 2), the sports fans, athletes, and workers all over the nation are making their bets and hoping for the best for their teams/players of choice. Of course, I’m anxiously waiting to see where my favorite players- Bryce Petty, Levi Norwood, Bryce Hagar, Antwan Goodley, and Spencer Roth are heading in the next step of their football journeys. Petty is projected to land a spot in the late second- early third round with either the Browns, Cowboys, or Bills. His powerful arm and strong body make him the obvious third pick for QB after Winston and Mariota. Although he played in the Baylor spread offense, with a few years of training and conditioning, could do very well in the pro style. The other four Baylor players are expected to go between the fifth and seventh rounds with Norwood and Roth projected to become free agents. The next four days will be intense and exciting with (hopefully) lots of happy moments for my favorite players! Good luck Bryce(x2), Levi, Antwan, and Spencer!