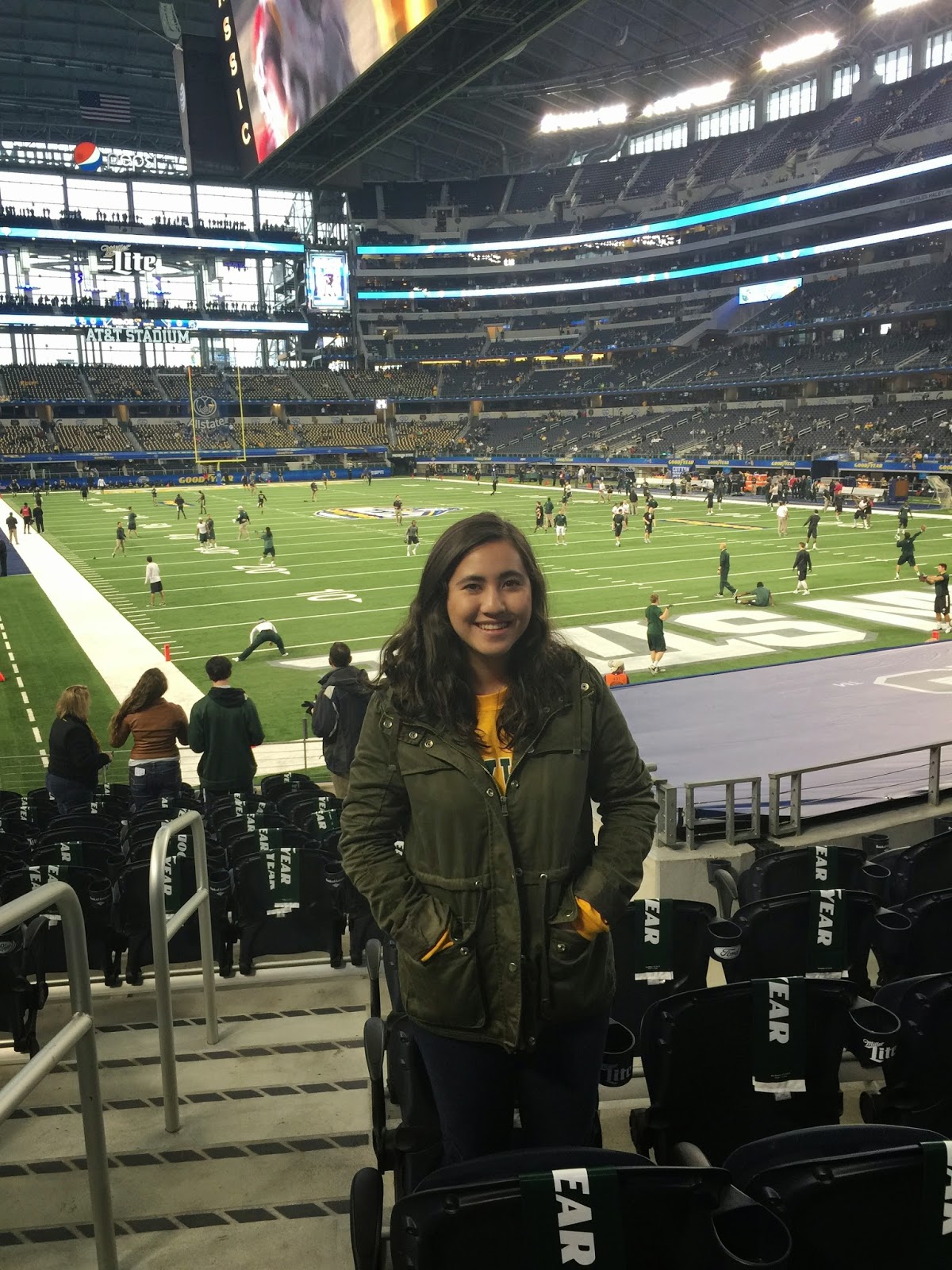 After an quick start, a trick play, two interceptions, and the heaviest player to score a TD in history, the Baylor Bears were having an excellent game at the 2015 Cotton Bowl. However, Michigan St.’s defense exploded in the fourth quarter, leaving the Bears down by one at the end.

Bryce Petty played one of his best games- completing 36 of 51 passes and set a Cotton Bowl record of 550 yards and three TDs. New OC Kendal Briles called trick plays such as a pass from Petty to WR Jay Lee who then threw the ball to Corey Coleman for a TD in the 1st quarter and a miraculous 18 yd TD pass from Petty to 400 pound OG Laquan McGowan. LB Taylor Young had his first career interception for an 84 yd TD, but it was called back on a penalty. Freshman WR KD Cannon was explosive with two long field TDs from Petty and Coleman followed quickly behind with one TD. Petty was named Cotton Bowl Offensive MVP and freshman Taylor Young was Defensive MVP.

From brand new McLane Stadium to Jerryworld in Dallas, the Bears truly played their hearts out on the field and their hard work was worth it despite the one point loss. The senior class starters (Petty, Norwood, Goodley, Hager, Fuller, Roth, Brence) had miraculous four years and set multiple records from 42-12 seasons to back-to-back Big 12 Champions. They will be truly missed.